on December 25, 2019
The EPs have been growing in diversity more and more and sometimes they even tend to be more interesting than the actual full length releases. The following ten marked an effect on us. 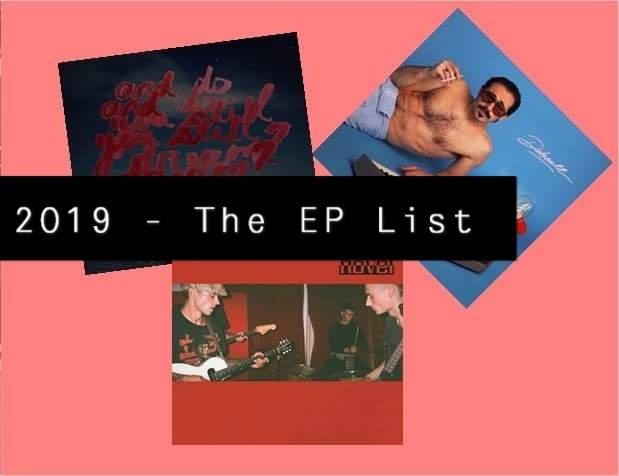 Baby Alpaca - And Do You Still Dream?

We remember Baby Alpaca from two years ago and his collaboration with Turbotito and this year he has returned with his solo work and his second EP ‘Do You Still Dream’? Part 2. The chamber dream pop is in the vein of the Irrepressibles, but this comes as a one man show. The absolute highlight of this drift away collection are the piano led “Disappear” and the emotional “Ships Can Wreck”.
VR SEX - HORSEPLAY

VR SEX might seem as another exciting new comer but is actually the spinoff project of Deb DeMure also known as the singer of Drab Majesty. VR SEX released a long player entitled ‘Human Traffic Jam’ as well as the “Horseplay” EP. Here is where goth, post punk and EBM meet to formulate the perfect Dark wave sound reaching its climax in “Everything’s Fine” and “A Shot at Love”.
Chevalier Avant Garde - Deadlock

After four years break, the Canadian duo Dimitri and Filip, recording under the name Chevalier Avant Garde, have returned with a new EP title ‘Deadlock’. There are all together six tracks on this EP out of which “Corner” and “Red Index” have been promoted as lead tracks. The sound on this EP goes the usual electro track mixing synth pop and cold wave sounds.

Dark Water the newcomer trio from Australia released their debut EP this year. We discovered them through the marvelous “Wasteland” which along the four other songs is the core track of this small collection. One once said that the vocals on “Wasteland” sounded like Stevie Nicks put in the darkwave synths arrangement. Hope we can expect to hear more from these guys in the near future.

Earth to Mickey - Brace and Bit

One will hardly find any info about this Minimal synth act on the internet which sounds as it could also be one of the obscure bands coming from the early 80's. The duo is comprised of Delroy Edwards and Mickey van Seenus, might be new to the scene but very much striking forward with their unique cold wave formula. Their debut EP is titled 'Brace&Beat' and it has been released through L.A. Club Resource this summer.

Interpol have never been stranger to the EP format and they already released more than 10 EPs. This one seems to extend and follow up on their last album ‘Marauder’ as it includes track which did not make the cut on the album. Even beyond that this the tracks on this EP come with better energy and noise and contribute to overall better atmosphere. “Fine Mess” and “The Weekend” were also released as singles.


MorMor - Some Place Else

MorMor aka Seth Nyquist released his third EP this year which is a follow up to his EP ‘Heaven’s only Wishful’ released last year. ‘Some Place Else’, the new EP does not wander much off from the tone and atmosphere on the previous EP and the songs are in the same vein. “Outside” and “Won’t Let You” were also released as singles. Should we maybe expect a full length release next year.
N0V3L - Novel
N0V3L made their debut in 2018 with the release of "Will of Power" and "To Whom It May Concern" and this year they added few more songs and released their first eponymous EP. It could easily be considered as a full length album as it includes 8 tracks in total. With funky discordant guitars, they remind a lot of Gang of Four golden era bringing it in their own distinct style.

Dabeull takes care of the funky disco side of our EP chart. The Paris born artist has released 'Intimate Fonk' in June this year which includes five tracks and each song on the release is actually a collaboration with different guest vocals which contributes to great dynamics of the records. Even visually the EP cover brings back the funk and disco to their 70's roots.

Virgin Pool is the solo project of Los Angeles based songwriter and producer Christine Aprile who released her first EP this year. Entitled 'Endless Evenings' Aprile combines folk pop soundscapes and dream pop meant to give the sound to the endless evenings. This record certainly cements the arrival of Virgin Pool as a profoundly gifted musician and songwriter.