on November 16, 2019
Contracted through DAIS records and sharing the label with the likes of Body of Light, Cold Cave and many more in the similar vein, Riki is one of the new additions to this already exciting roster of artists. Based in Los Angeles, Riki has been around in the LA scene as visual artist and musician before she went on to launch her own career and started experimenting with rhythm and sound. Also known as Niff Nawor, when she started her solo career in 2017, she released a Hot City Cassette tape and also toured with Light Asylum and Black Marble. Her official self-titled debut album is announced for release in DAIS in 2020. According to some info from the artist presentation on the label, the album will be modern electro-pop with lot of influences from NDW, Italo disco, ZYX and classics from Kate Bush, Madonna and Pat Benetar. this week she has premiered the video for the possible first single from the album "Napoleon" which can be watched below. 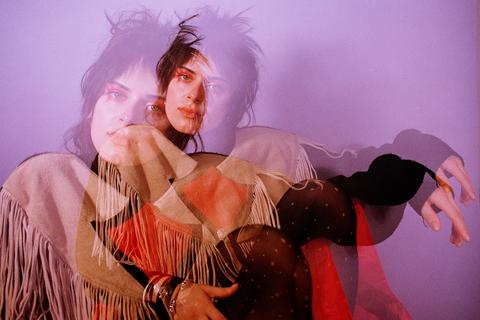