on February 11, 2019
American singer and songwriter Sharon van Etten released her fifth studio album 'Remind me Tomorrow' on Jagjaguwar in mid-January. This album, in a way, also marks the ten year anniversary since her eponymous debut in 2008 and comes as a follow up to her 2014 release ‘Are We There'. There is an evident gap of four years which Sharon has been using to explore new grounds with acting and she also gave birth to her first child. New events in life certainly have had an impact on this new content which Sharon presented in ‘Remind me Tomorrow’. 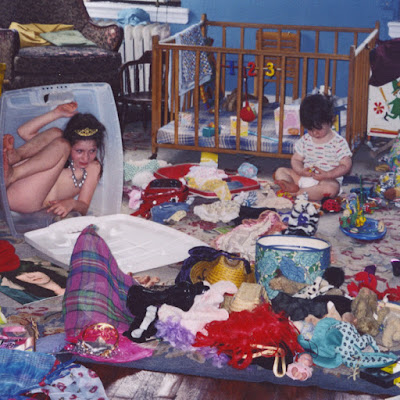 "Remind Me Tomorrow" was produced by John Congleton which already successfully worked with Dirty Projectors and St Vincent. It clocks at 41 minutes and includes ten tracks out of which only one goes over 5 minutes and it seems pretty much like a straight forward release. As we did not experience much of Sharon’s previous work, we will treat this as standalone album review.
Overall the album has a nice atmosphere and feel, and it is very evident that synth arrangements are taking the leads on this record. All in all, going track by track, there are also small instrumentation parts involved, but very measured which keeps up the listeners attention throughout the record. The decision with the two opening tracks in not something I am very happy about, neither lyrically nor production wise, but somehow this is the path up, to the first highlight of the album, the song “Memorial Day” which together with “Jupiter 4” and “Hands” mark this record's highlights. The blanket of synth ambiance seems to be spread over the most of the album's songs and the diversity and quality comes with the layered elements which bring the right amount of decoration to the sound. Organic elements meet with the synthetic textures and manage to spice it up with glitch drums, quirky synths and drone sounds. At the same time Sharon sticks to her very distinct style and her voice modulates perfectly and remains in the center of things.

Overall the album has a nice narrative and although there are weaker tracks it does not threat the dynamics of the whole album nor does it bore the listener. There do not seem to be exceptional lyrical highlights, yet the Sharon mangers to convey her emotion to the listener. Having also listened her previous album while I am writing this review, only confirms that that Sharon steps beyond her scope to create this new cosmic artwork.
82/100
2019 In Review