on February 15, 2019
Ladytron have released their sixth studio album eponymously entitled ‘Ladytron’ after seven years of hiatus. The album was co-produced by Jim Abbiss, also a reference to the Ladytron’s third album ‘The Witching Hour’ which most people believe is band’s most successful album to date. The latest long player was released in partnership with Pledgemusic and it was promoted with series of singles throughout 2018. 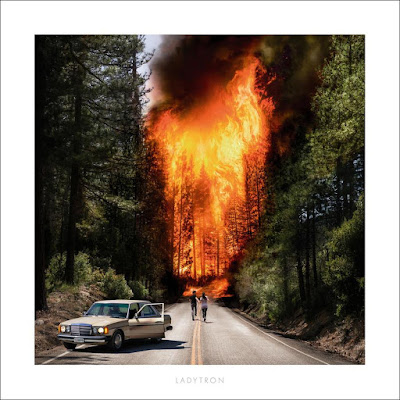 Originally founded in Liverpool, Ladytron have been in the music business for twenty years now. In the early 00’s they started off well with their very innovative and distinct analogue synth pop form and soon, with the rise of Electroclash, became this style’s ultimate trademark. Towards to the mid 00's the band began to experiment even more with the music, embracing new elements and musical arrangements, becoming more mature and complex in sound.

The brand new album 'Ladytron' is out today, February 15th, and it has been announced  as being much heavier than their previous work on 'Gravity the Seducer'. And indeed, the album does not have this immediate effect on the listener like the first two promo singles "Animals" and "The Island", but still, it manages to get under the skin. Once again the band returns with dark and very atmospheric sound that spreads over the whole album and it sounds like a compilation of songs and styles from all their albums, in a brand new song collection. The majority of songs on the album are performed by Helen Marnie whereas Mira Aroyo take leads on two tracks, "Paper Highways" and "Horrorscope". The former is also one of the album highlights placed halfway through the record changing the dynamics of the album for better course towards the end. Along "Paper Highways", the singles, the haunting "Figurine", dreamy and hypnotic "The Mountain" and acid "Deadzone" are clearly the high spots on the record. There are tracks where the bouncy synth elements might be over exposed, yet this does not affect album's balance in whole a lot.

This album has not revealed anything ground breaking from Ladytron's end, but overall happy to see that band is back and that we have been able to listen to their first new sound in seven years. With this album they mange to make a very nice comeback and round up Ladytron's body of work that now includes two decades.