EP has always been a good format to discover new artists and music and like every year, we are presenting you our favorite extended players in a top ten list. As always the EP is connecting the world from New Zealand, Australia via Europe all the way to US and Canada. 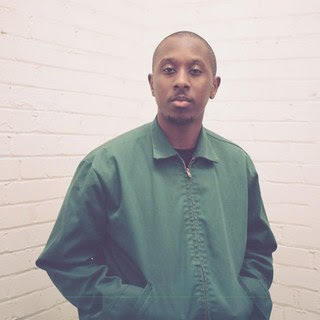 MorMor aka Seth Nyquist hailing from Toronto, Canada is completely new to the music scene in 2018. In a wonderful way he manages to mix R’n’B rhythms with guitar driven and synthpop sound. His EP contains 5 songs out of which four were released as singles. Our favorites are “Heaven’s Only Wishful” and “Whatever Comes to Mind”.


02. Yumi Zouma-  EP III
Yumi Zouma continue to deliver their sophisticated indie pop forms from New Zealand and this is their third EP release in last four years and they have also released three albums so far. They give indie pop a very light touch which easily engages with listener. Outstanding tracks on this EP are certainly “Crush” and “In Camera” both previous released as singles.

Mystery of Love is the soundtrack to the movie “Call Me By Your Name” which was released in 2017. This record was released on the Record Store Day and contains three tracks out of which the absolute highlight is of course the title track “Mystery of Love”.

Victoria Hesketh aka Little Boots is a specialist when it comes to EP releases and this is her seventh EP release all together. The “Burn” EP contains four nu disco electro tracks and all four are collaborations. An interesting fact is that this EP is completely produced my women which is different to what Little Boots was used in the past. Top tracks “Shadows” and “Eros”.


05. Hatchie – Sugar and Spice
Hatchie AKA Harriette Pilbeam from Australia is yet another newcomer in 2018 who released her debut EP ‘Sugar and Spice’ this year. The title itself seems to indicate and interesting combination of sound which is indie pop spiced with shoegaze where some songs might be coming straight from the 90’s. The title track “Sugar and Spice” is also this EP’s highlight.

Priest released their third EP this year and continue to impress with their blend of synthpop electronica where the light, airy vocals of the singer Madeline Priest are intimate and pretty, floating above the dancey synthpop beats. “Lost Lions” is the highlight track of this EP.

For around then years now Cold Cave has been delivering cold and rhythmic synthpop sound mixed with a dark Post punk drive and even with this release they keep up with the same aesthetics and sound. The lead track “Glory” was released as single in 2017.

La Femme have released their fourth EP entitled ‘Runaway’ which is their first release since their last album ‘Mystère’ from 2016. This EP is actually one track that clocks at 20.25. It includes several different influences and varies from Nu-disco electro to progressive electronics.

Along the album release Young Galaxy also managed to release a three track EP entitled ‘Snow Leopard’. They remained loyal to their core sound which is synth and dream pop, but this time it comes more as an experiment and it is Young Galaxy content that grows on. Top track "Future".

Formed in 2012, There's Talk have released their second EP entitled 'Bathed Water Moon'. The EP features four tracks and all songs were written by the singer Olivia Lee and produced by the band. With this EP that band takes us through a journey of San Francisco flavoured dreamgaze and experimental pop. Our pick from this EP would be the song "Give it Up"