on December 03, 2017
December always means fun time with the favorite albums and like every year, this year we have also been working hard to review what was best in terms of creativity, sound, visuals and what we enjoyed the most. If you only look at the top 10 out of this top 30 Albums, you will see a real illustration of music styles we appreciate the most on our site. We have a another high point with the Horrors again this year. What else was on for us and offered a musical delight, please find in the least below 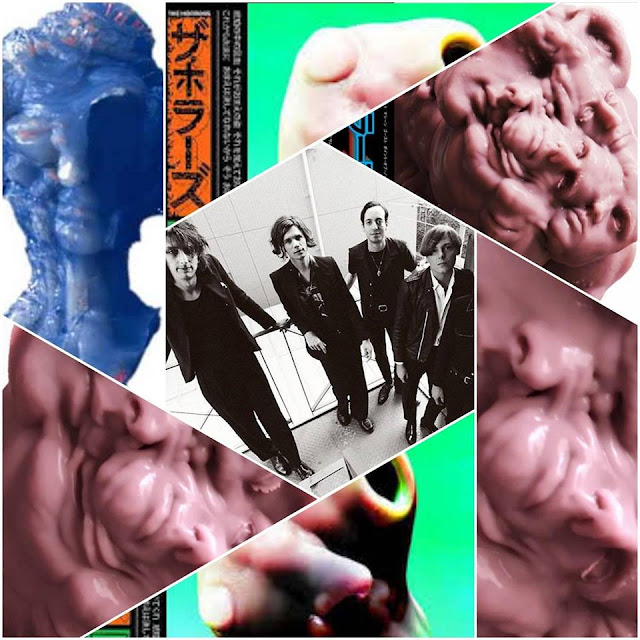 We have been following the Horrors since ‘Primary Colours’ Album release in 2009. ‘V’ is their fourth release since then and honestly, we never get bored of them. They always find ways to re-invent themselves and produce attractive new sound and visuals. ‘V’ allows the Horrors experiment even more with electronics but keeping their very unique sound where they combine musical styles from Industrial shoegaze to retro synth pop, keeping up with post-punk what is their top territory.

02. Slowdive- Slowdive [Dead Oceans]
Slowdive returned this year to the music scene after more than 20 years hiatus with their eponymous album. This is their fourth studio album in twenty years and they seem to have conserved their best to reveal this flashback of greatness. Hardly any band manages to recreate themselves this way, but Slowdive do. Their shoegaze still melts in dream pop while the melodies showcase some monumental soundscapes. The two singles "Star Roving" and "Sugar For the Pill" represent two sides of Slowdive on this album.


03. Perfume Genious - No Shape [Matador]
‘No Shape’ is the absolute Art Pop album of the year and what Mike Hadreas has created here is seminal. And, there are many reason to be fascinated by this record as Mike tops everything he has done before. What starts as a classical track explodes in rhapsodic synths, from lush instrumentation to electronic beat inputs, every minute of every song is very dynamic. On top comes singer’s experimenting with vocal capabilities. Outstanding track is the shortest one on the album titled “Choir” exhibiting real Renaissance in sound.


04. The War on Drugs- A Deeper Understanding [Atlantic Records]
We started actively listening to The War on Drugs when they released ‘Lost in a Dream’ in 2014 and this year again the band managed to impress us with their approach of the Heartland rock sound. The synth arrangements in their songs are perfectly mixing with the traditional instrumentation to produce innovative indie rock sound. Throughout the year the band has released five singles out of which "Strangest Thing" remain our favorite.


05. Lowly- Heba [Bella Union]
‘Heba’ is the highest rated debut album by a band on our Album list and it is a newcomer from Denmark. This record combines elements of trip hop, dream pop creating a very nice art pop formula. Lowly sounds very charming with lovely female vocals, melancholic melodies which are very complex and unpredictable at times. Their music is very radiant expressed through atmospheric synth lines, smooth drums and even sound collages of the Morse code in some songs. “Stubborn” and “Still Life” are the absolute highlights


07. Alvvays- Antisocialites [Polyvinyl]
Alvvays have released their second album 'Antisocialites' this year and naturally continued what they started with their debut from 2014. In fact they have improved since then releasing ten track album of blissful pop songs clocking in just over 30 minutes. Angelic female vocals, jangly, twee, simple, surf-sensed and catchy rhythms, everything is brilliantly executed in this pop project. Standout “Dreams Tonite”.


08. Pond- The Weather [Marathon Artists]
Pond together with Tame Impala have pretty much shaped the Neo-Psychedelia sound since 2009. In fact both bands were having the same members at one moment. The new Pond album, their sixth is somewhat retro futuristic and also spans a variety of sounds from progressive space rock to hypnagogic pop. Ahead to the album release, four songs were released as singles including “Sweep Me of my Feet” and “Paint me Silver”.


09. The XX- I See You [Young Turks]
The XX have released their third studio album titled ‘I See You’ two albums and five years since the last release in 2012. This time, the XX decided to come out of their icy fare and to party a bit. They have kept up with the expectations, but the progress is also evident with rhythmical dance structures, smooth and catchy. On the other hand we see them appearing in their videos for the first time. A lot of slow burners with infective and delicious background melodies.

10. Blondie- Pollinator [BMG Rights Management (UK) Ltd]
Blondie have released their eleventh studio album this year. As if unopened box of Blondie songs from their heyday opened and New wave was instantly with us. It comes quite as an achievement that a band which debuted more than 40 years ago manages to release such a smart assembled album which can keep up with contemporary pop legitimacy. Tracks from “Doom or Destiny” to “My Monster” have this perfect Blondie 2017 run to play over and over again.