on September 27, 2017
A Certain Ratio and Mute have announced the release of a long awaited series of reissues. The series will launch with the reissue of a selection of the Manchester’s band’s albums and will continue into 2018 with a compilation in April, followed by further releases and a rarities box set. The first albums set for release on 24 November 2017 include the band’s debut release, 'The Graveyard And The Ballroom', which originally came out on Factory Records in December 1979. In addition, albums 'To Each' (1981), and 'Force' (1986) will be released on coloured vinyl and CD. 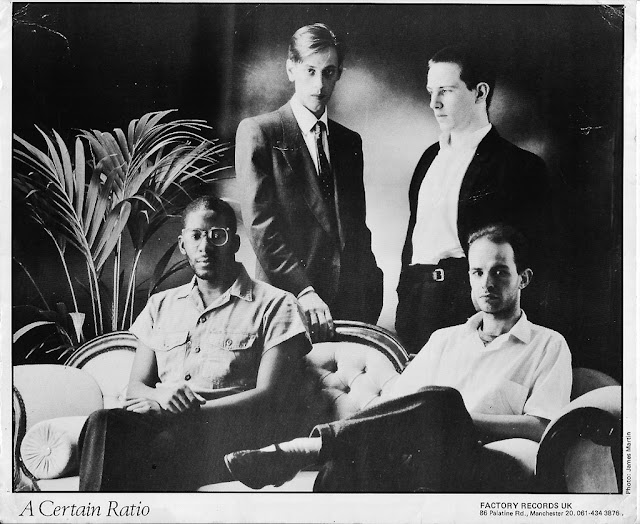