on September 26, 2016
Boy Harsher is a Northampton, Massachusetts based electronic duo consisting of Augustus Muller and Jae Matthews. Their music is quite intense and atmospheric where minimal and coldwave synthpop is fuzzed with dramatic vocals expressed through screams and chants. They could link to early 80s recalling the music of Kas Product, Soft Cell and Suicide.
Boy Harsher started in early 2013 under the name Teen Dreamz. The project was based on short stories written and read by Matthews then live scored by Muller. As the project matured the instrumentals became more dance influenced and Matthews’ delivery became more dynamic and spontaneous.
In January of 2014 Teen Dreamz took on the moniker Boy Harsher. In 2015, they released their debut EPs 'Lesser Man' and 'Pain' and this year in June they released their debut album 'Yr Body is Nithing'. More info on them is available under the following links. 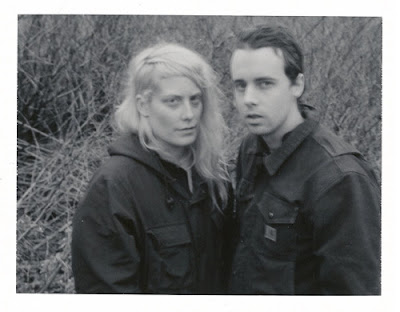