WAW: Primal Scream ft. Sky Ferreira- Where The Light Gets In

on February 13, 2016
Primal Scream are back with a brand new single "Where The Light Gets in". They have teamed up with Sky Ferreira to record the first single from the new album. Pretty much 80's inspired it revives new wave for a bit with the mixture of guitars and synths. The video was directed by Douglas Hart and produced by Margo Mars. This song also announces the new album 'Chaosmosis' which will be out March 18th 2016. 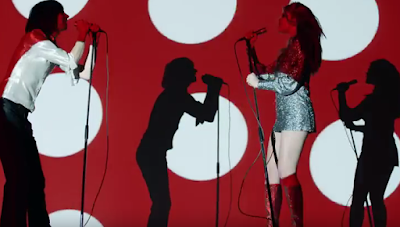