on February 09, 2016
Already last year Samantha Urbani caught quite a deal of attention with her song "1,2,3,4" released in April last year. It remains one of the most memorable dance tunes that has kept us on feet throughout 2015. At home in LA and NYC, she is a singer, songwriter, visual artist and skilled to so many things related to these. Her musical starts date back to 2010, when she formed internationally successful dance-punk band Friends. The band dissolved after releasing one album and several singles till 2013. Before launching her solo career, Samantha collaborated with Domino Records artist Dev Hynes.
After two single releases as solo artist in 2015, she has surprised us yesterday when she revealed the video for possible new single "Milk Makeup". Hope there is more to follow and possible new EP or Album release.
Stay updated and follow Samantha on Twitter and Facebook. 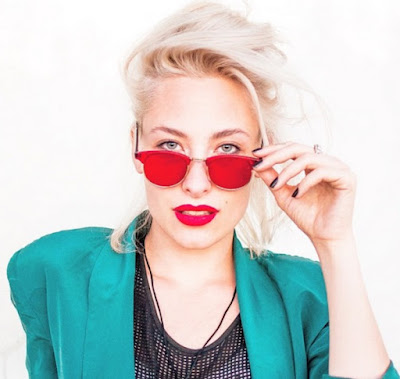