on February 03, 2016
“West End Girls” was a big opener for Pet Shop Boys who reached number one in the UK in January 1986 and stayed there for two weeks. In general, it was a year of charity concerts and organized all throughout the year inspired by the biggest of this kind the Band Aid from 1985. The Rock and Roll Hall of Fame was holding its first induction ceremony with many rock pioneers attending. It was the year of Pet Shop Boys and Madonna while the Communards and Berlin had their biggest hits, both staying for four weeks on the top of UK charts with their biggest hits. Some great bands like OMD, Human League and Ultravox seem to have gone to pot with their album releases from 1986 so was synth-pop. New musical styles and stars were wining the hearts of people and wider audience.

As a result of the readers' list submissions and voting, we manage to compile the following list: 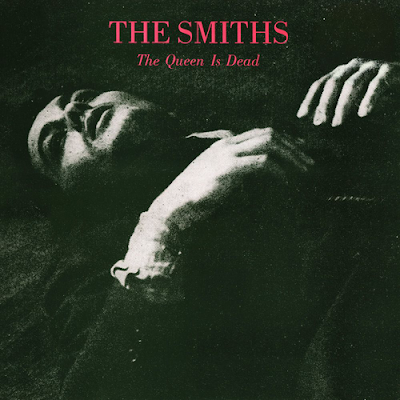 1. The Smiths- The Queen is Dead [Rough Trade Records]

‘The Queen Is Dead’ is the fourth studio album by the The Smiths which was released on June 16th  1986 in the United Kingdom by Rough Trade Records. The album spent twenty-two weeks on the UK Albums Chart, peaking at No. 2. and was certified Gold by the RIAA in late 1990. The title of the album is from the novel, "Last Exit to Brooklyn" by author Hubert Selby, Jr. The album featured some of the Smiths biggest hits “Bigmouth Strikes Again”, “Panic” and “There is a Light That Never Goes Out”. The album was produced by Morrissey and J. Marr, working predominantly with engineer Stephen Street, who had engineered the band's 1985 album, Meat Is Murder. 'The Queen is Dead' has received critical acclaim, and is considered to be a defining album of the 1980s, as well as one of the greatest albums of all time.

'Black Celebration' is the fifth studio album by Depeche Mode released by Mute records in 1986. The album further cemented the darkening sound created by Alan Wilder which the band later used for the acclaimed and globally successful albums which were released in the following years. The album featured the hit singles “Stripped”, “A Question of Lust” and  “A question of Time”. Despite not being a commercial success at the time its official release, as the band said in 1998 during an interview available on The Videos 86–98 DVD, Black Celebration has been cited as one of the most influential albums of the 1980s. The album was reissued in 2007 as master edition with bonus tracks.

‘Lifes Rich Pageant’ is the fourth studio album by the American alternative rock band R.E.M., released in 1986 on I.R.S. label. It included the singles “Fall on Me” and “ Superman” both released during the same year. With R.E.M.'s fan base beginning to grow beyond its college rock boundaries, ‘Lifes Rich Pageant’ proved to be at the time the band's most commercially successful album in the
U.S., peaking at #21. Slant Magazine listed the album at #52 on its list of "Best Albums of 1980s" saying that it stands as a nearly seamless transition between the band's formative period and their commercial dominance. The album was reissued as 25th anniversary deluxe edition in 2011.

Skylarking is the ninth studio album by XTC, released on 27 October 1986. The album was produced by Todd Rundgren after the band chose his name from a list of potential producers submitted by its label, Virgin Records. The singles from the album were "Grass", "The Meeting Place" and "Earn Enough For Us". The staff at Pitchfork placed the album at 15 on their November 2002 list of the "Top 100 Albums of the 1980s". The album was reissued in 2001 and 2014.

EVOL is the third studio album by Sonic Youth released in May 1986 by SST Records. Despite not being successful at the time, the album has received retrospective praise and Pitchfork for example put it on their list of 80’s albums at Number 31 while Trouser Press labeled it "a near-masterpiece”. The album featured the single “Starpower” which was released during the same year. The album was reissued in 2010 by ORG Music.

‘Please’ is the debut album by Pet Shop Boys released on Parlophone in 1986. The album sold 3 Millions of copies worldwide and it featured the hit singles “West End Girls”, “Opportunities (Let’s Make a Lot of Money) and “Suburbia”, the first one being hit on both sides of the Atlantic. The album was re-released for the first time in June 2001. The re-released version was not only digitally remastered but came with a second disc of B-sides and previously unreleased material from around the time of the album's original release. Yet another re-release followed on 9 February 2009.

Brotherhood is the fourth studio album for New Order released on Factory Records in 1986. There were two songs released as a singles from this album, namely "Bizzare Love Triangle" which also helped the band gaining some success in the USA and "State of the Nation". Like all the releases before this, the album cover was once again a Peter Saville design. The album was reissued in 2008 with bonus tracks and remixes.


8. The The- Infected  [ Some Bizzare/Epic Records]

Infected is the second album by The The, released on Some Bizzare/Epic Records on 17 November 1986. The album produced four UK singles, "Heartland", "Infected", "Slow Train to Dawn", and "Sweet Bird of Truth”. The reviews from the British music magazines upon Infected's release in 1986 were mostly very positive, with reviewers impressed by the bleakness of the lyrics and the strength of Johnson's vision. In 2000 Q placed Infected at number 99 in its list of the "100 Greatest British Albums Ever". The album was reissued in 2002.

Victorialand is the fourth album by Scottish band Cocteau Twins, released by 4AD in April 1986.The album title referred to the part of Antarctica known as Victoria Land, after Queen Victoria. This was an absolute acoustic ambient work modeled to Elisabeth Frazers dreamy voice. No singles were released from this album. The Album was reissued in 2003 by 4AD again.


10. Peter Gabriel- So [Chrisma]
So is the fifth studio release by Peter Gabriel in 1986, released for Chrisma records. It is Gabriel's first non-eponymous album, So representing an "anti-title" that resulted from label pressure to properly market his music. Widely regarded as his best album, as well as his most accessible, it transformed Gabriel from a cult artist into a mainstream star. This album was nominated for the
Grammy Award for Album of the Year. It spawned five singles, "Sledgehammer", "Don't Give Up", "Big Time", "In Your Eyes" and "Red Rain". The Album was reissued in 2002 and then again in 2012.

11. Elvis Costello and The Attractions- Blood & Chocolate [IMP / Columbia]
Blood and Chocolate is the 11th studio release for Elvis Costello and the Attractions released on two different labels on two different continents. It saw Elvis reuniting producer Nick Lowe and his usual backing group the Attractions. It peaked at No. 16 on the UK Albums Chart and featured the singles "Tokyo Storm Warning", "I Want You", and "Blue Chair". The alb um has been reissued twice since the original release in 2002 and 2006.

12.  Clan of Xymox- Medusa [4AD]
Medusa is the second album release by the band released by 4AD in 1986. This album has been praised by the critics and is considered as their finest album release which fuses danceable electronica and gothic rock which began on their self-titled debut. The album featured the hit single Louise during the same year and it was reissued in 1999. Although it was not reissued again, it remains a true pearl in the history of 4AD


13. The B52's- Bouncing off the Satellites [Warner Bros]
'Bouncing off the Satellites' is the fourth studio album by The B-52's, released on September 8, 1986.The album was seen as darker and more melancholy than the band's previous work, having had more ballads. The album featured the singles "Summer of Love", "Girl from Ipanema goes to Grenland" and "Wig". However, due to the lack of media promotion, the album never managed to gain big chart success. The album was initially released by Warner Bros records.


14. The Chameleons- Strange Times [Geffen]
'Strange Times' is the third album by the Chameleons released in 1986 by Geffen Records. There were two singles released from the album, "Tears" and "Swamp Thing", both during the same year. Their sound on this album did not change much compared to the previous ones, but their post-punk sound became more melodic and smooth. It took seven years for this album to be released on CD for the first time. The Album was reissued then in 2004 again.


15. Nick Cave & the Bad Seeds- Your Funeral ... My Trial
'Your Funeral... My Trial' is the fourth studio album for Nick Cave and the Bad Seeds released in late 1986 for Mute records. Originally intended to be a double EP, the album included only 8 songs. It featured only one Single "Scum" which was released during the same year. During this period in his life, Cave was steeped in heroin addiction, perhaps evidenced by the melancholy, desperate mood of this album. The album was released several times in the recent years including 2009 and 2014.


16. Siouxsie and the Banshees- Tinderbox [Polydor / Geffen]
'Tinderbox' is the seventh studio album released by Siouxsie and the Banshees in 1986 and is another solid melodic-goth/dark new wave offering from the band. They released "Candyman" and 'Cities in Dust' as singles and the album peaked at number 13 in the UK charts. Ever since the original release, the album has been praised as the influential classic by many musicians. It was reissued in a remastered and expanded edition in 2009 and it was also featured in the Classic Album Selection compilation released this year.

17. Talk Talk- The Colour of Spring [EMI]
'The Colour of Spring' is the third album release for Talk Talk and the highest selling in Europe. Musically, this album was a major step away from the synthesized pop of early Talk Talk, with a greater focus on guitars, pianos, and organs and this is the sound that Talk Talk would continue to produce on their further releases. 'The Colour of Spring' featured the hits: "Life's What You Make It", "Living in Another World" and "Give it Up". The album was reissued in 2008 and 2012.

18. This Mortal Coil- Filigree and Shadow [4AD]
'Filigree and Shadow' is the second album release by This Mortal Coil released for 4AD records in September 1986. This collection includes 25 songs of strange music, beautiful, full of sadness and hypnotic sounds and it expresses feelings of grief, loss, and a feelings of loneliness. A remastered and repackaged CD edition of Filigree & Shadow was issued with the complete This Mortal Coil
recordings in a self-titled box set, released in late November 2011. The CD was released individually shortly thereafter.

19. Love and Rockets- Express [Beggars Banquet]
'Express' is the second album by Love and Rockets released on Beggars Banquet Records in 1985. The album's fusion of underground rock with pop styles can be seen as an early example of alternative rock music, a genre that reached mainstream popularity in the early 1990s. The album featured the singles "Kundalini Express" and "All in My Mind". The former was featured in the 1986 Italian horror film Demons 2. In 2001, the album was remastered and expanded to include two single remixes and several contemporaneous B-sides, including a cover of Pink Floyd's "Lucifer Sam".

20.The Communards- Communards [London Records]
The Communards released their self titled debut album in 1986 for London Records. The album was produced by Mike Thorne who also produced records for Bronski Beat. It featured the hit single "Don't Leave Me This Way" and it was and remained as one of the top selling singles that year. Today, this album remaians as one of the 80's classics and not only due to the hiNrg beat, but also due to Richard Coles virtuoso piano playing skills.The Album was remastered and reissued with bonus tracks in 2012 as a Deluxe edition.