Japan's Story in Music in 'A Foreign Place' Book

on November 25, 2015
Burning Shed Label has announced the release of 'A Foreign Place' is a comprehensive biography of the influential band Japan which was written by musician and author, Anthony Reynolds.
It chronicles the rise and fall of one of one of the most respcted and influental New romantic Artpop bands and lifts the veil on the creative processes and personal histories of a fascinating group of introspective musicians whose activities have frequently been shrouded in secrecy.
Reynolds, previously responsible for books on The Walker Brothers and Leonard Cohen, engagingly details the strange twists and turns that saw a group of friends from working class South London develop from unpromising provincial Glam Funk origins to eventually become the authors of the innovative and exotic sonic assault of the globally successful 'Tin Drum'.
Written with the full approval and co-operation of Richard Barbieri, Steve Jansen and Rob Dean, the book contains many unseen period photographs, as well as first-hand accounts of the band and its music from friends, music industry associates and musical collaborators. 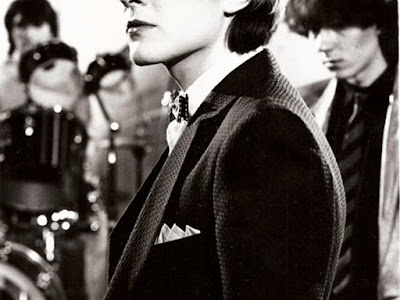