on September 23, 2015
Our final video from the Dimension Gondry will be another Bjork video. It was very hard to select which one to go with as Michael has directed several videos for Bjork. It's for the song "Bachelorette" which was released as a single in 1997. This music video is an exploration of self reference. The video was based on an original idea by Björk, who saw "Bachelorette" as a continuation of the character portrayed in "Isobel" and "Human Behaviour". The art direction of the video was heavily praised. The video won the MTV Video Music Award for Best Art Direction. 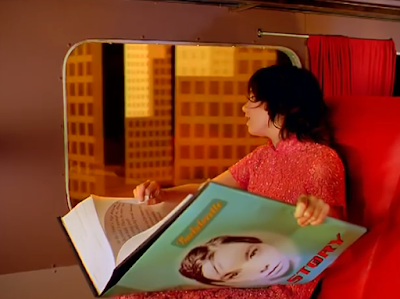