on July 01, 2015
L’Avenir is the cold synth project of veteran electronic musician and sound artist Jason Sloan. Known throughout the space and ambient music scenes for his contemplative electronic soundscape work for over a decade;
Sloan founded L’Avenir as a side project in 2012 to explore his long time love of synthpop, and dark electronic music created purely from vintage and analog equipment. While releasing over a dozen solo albums and EPs under his own name, Sloan has played solo all over the US, Canada and Europe including the influential Live Constructions radio program at Columbia University, STEIM in Amsterdam and Philadelphia’s The Gatherings concert series, one of the country’s oldest continuing ambient and electronic music series.
Sloan is a Professor teaching full-time in the Interactive Arts department along with being the founder and program coordinator for the Sound Art concentration at the Maryland Institute College of Art in Baltimore, Maryland.
His debut album debut album 'The Wait' is now available on Barcelona’s Cold Beats Records on CD and digital formats while Vinyl will follow. 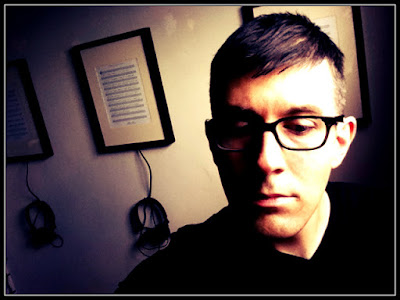