IAMX Announce new Album to be Released in Fall

on June 29, 2015
IAMX have announced the release of a brand new album this fall. This is going to be their sixth studio album which will be entitled 'Metanoia'. The first single is called ‘Happiness’ and features the remix by Gary Numan. It has been released worldwide as a single on all digital outlets on June 19th. To promote the album release, they have also announced a tour which will include more than 20 European shows. 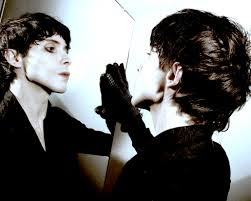