on June 21, 2015
A new dimension Gondry episode is here. It's the video for Radiohead's song "Knives Out" which was released in 2001 and which was taken from their album 'Amnesiac'. The video features Thom Yorke in a hospital by the bedside of a woman.. The whole video was shot in one take, quite remarkable considering the scene changes required. Attempts to interpret the surreal imagery and fit it with the song lyrics were dashed when Gondry eventually revealed that the video was autobiographical. Some may find thematic parallels with Gondry's later film Eternal Sunshine of the Spotless Mind. The "Knives Out" video was not included in Gondry's compilation DVD 'The Work of Director Michel Gondry'. 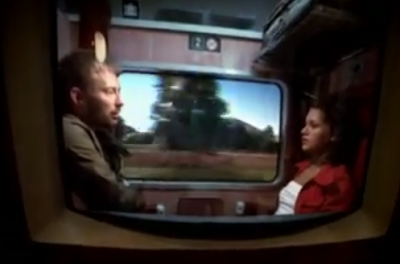