on April 26, 2015
Salvo/Union Square Music have announced the release of 'Love & Hate: A Compact Introduction' a two CD compilation by Act. Their brief existence 1987-1988 is mostly known remembered for "Snobbery and Decay" which was released in 1987. With a stunning front cover and usual typographical flair, this set offers a welcome exploration of one of the lesser known ZTT acts. Similar compilation entitled 'Laughter, Tears and Rage' was released in 2004. Eleven years after comes this and it is set for release on June 8th. 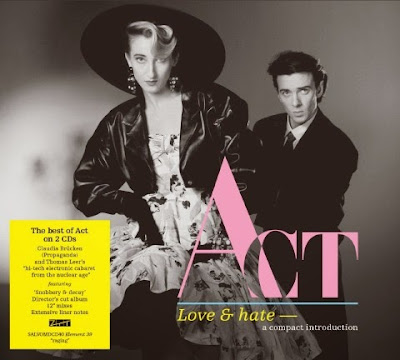