on March 17, 2015
Nedelle Torrisi is back with a brand new single "Double Horizon" which is taken from the album 'Advice From Paradise' which was released on February 17th and produced by Kenneth Gilmore. The video for this lead single was directed by Robert Schober and edited by Whitney Weir. As you can see some parts of the video are very much influenced by "Girls Just Wanna Have Fun" by Cyndi Lauper and Grease a bit. 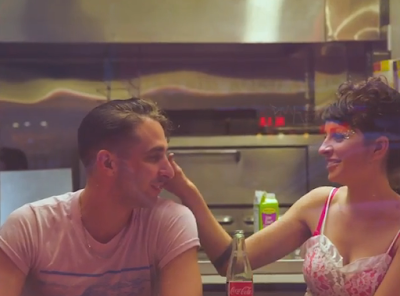