on March 17, 2015
Danish producer and singer Anders Rhedin who records and produces under the Dinner moniker is our new Next Wave stars on Burning flame and one of the most anticipated stars for this year. Already in 2014 he draw a good deal of attention with his synth laden glam-pop tunes. Somewhere divided between LA, Berlin and Copenhagen he is taking influences from everywhere.This is how his music is described by his label: "Sometimes Dinner sounds like a long-lost mixtape from the local Dusseldorf pop scene in the early 1980s. Other times he sounds something like the soundtrack to David Lynch directing Miami Vice, or Genesis P-Orridge embracing Italian pop-infused Danish darkwave, or like a male descendant of Nico singing Eno-esque pop songs on discarded Julian Cope tracks."
In April, Dinner will release the complete Three EPs Collection 2012-2014 and also support Mac DeMarco on his West Coast tour. In May and June he’ll embark on his first extended European tour. He’s currently in LA, where he’s working on his debut full-length. 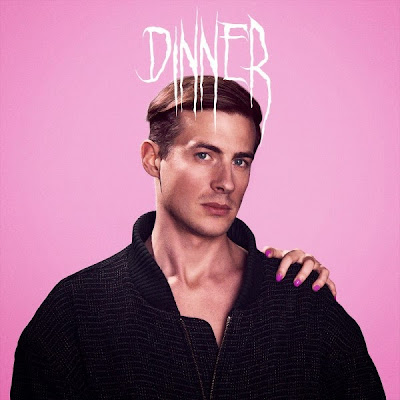