on February 19, 2015
Roxy Music have announced the release of Roxy Music box set which will include the complete studio recordings from 1972-1982. This 10 CD deluxe box set will feature all eight Roxy Music studio albums and every single they released. The audio has been flat-transfered from the original master recordings – so it sounds as the band intended it to. These iconic albums are housed in rigid gatefold style sleeves – mimicking the original vinyl releases. The compilation is set for release on March 16th. 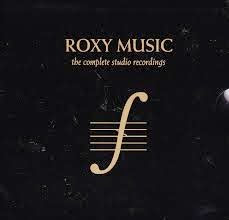