on February 08, 2015
Viet Cong is a Calgary based indie rock band from Canada. The group consists of two ex-members of the rock band Women, vocalist/bassist Matt Flegel and drummer Mike Wallace, as well as guitarists Scott Munro and Daniel Christiansen and it was formed around 2012. To this date they have released two EPs and two singles and this year finally they released their much anticipated self titled debut album which certainly is one of the top albums this year. Their musical style is described as Labyrinth post-punk and combines various influences and reflects in various music styles. Viet Cong invent new Post-punk instead making another Post-Punk revival. 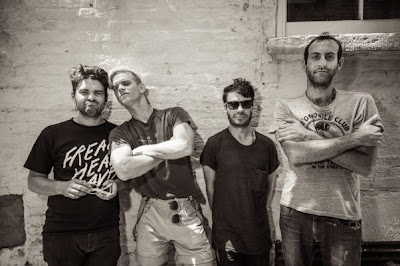