on November 24, 2014
Britain's iconic band Spandau Ballet story in music have finally been documented in a film.'Soul Boys of The Western World' is a journey through the 1980s and beyond; the story of a band, an era and how one small gathering of outsiders in London shaped the entire world’s view of music and fashion. The film is not only a fascinating, often hard-hitting social and cultural document of the time, but a brutally honest story of how friendships can be won, lost and ultimately regained.
The film received its World Premiere in Competition at the SXSW Film Festival in Austin, Texas in March, to rave reviews. Long-time Julien Temple collaborator Hencken won acclaim for her honest and uplifting archive-only feature documentary, which combines newsreel footage with never-before-seen video from the band's personal archives, as well as candid interviews with all five band members. 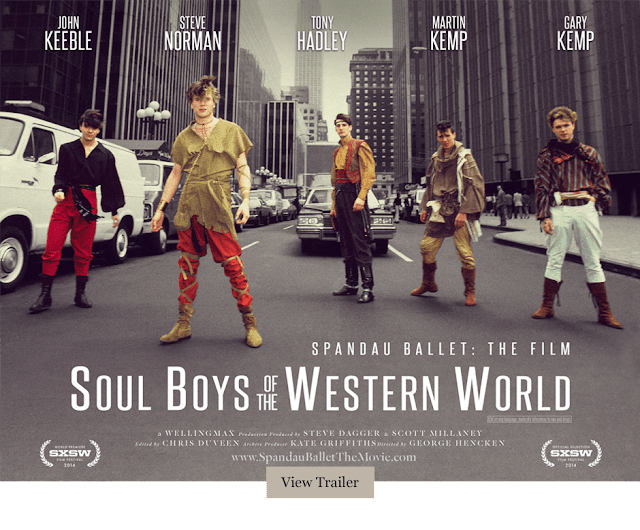