on November 11, 2014
We could easy go on with ten videos from Bjork, but let's see who else Gondry worked with and whose ideas he managed to visualize in a music video. We will stick to the 90's in this next one and it is Beck from his tropical side. Gondry directed two videso for Beck, "Cellphone's Dead" and "Deadweight" and we decieded to feature the second one, which has also appeared as a soundtrack to the movie 'A Life Less Ordinary'. The video features scene from the movie and Beck in paradoxical world where the video and movie are in dialogue with each other, a rather different take on a movie soundtrack. 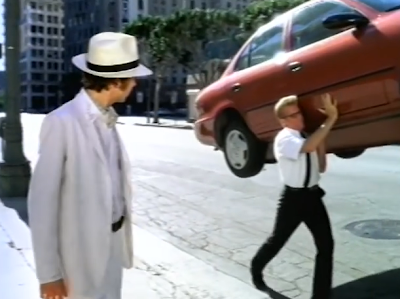