on November 15, 2014
A very limited Collector's Edition of COMATEENS, the band's self-titled debut album recorded in December 1980, released in 1981 and never before available on CD has been released as a limited edition.The album also Included a bonus track, the first 1979 recording of "Cool Chick" featuring Ramona Jan on guitar and Harry Viderci on drums, and originally released on a self-produced 7" vinyl single.
The tracks on this CD were transferred directly from the original master tapes of the album and so capture the true sound of the band at the dawn of the '80s, including any imperfections that might exist on those original tapes. The CD cover is a replica of the bands first U.S. release on vinyl, and features the iconic photography of Jean Baptiste Mondino. The inside cover presents the design that was used on the European release of the LP and cassette with photos by Joe Stevens.
More info: comateens.com/shop 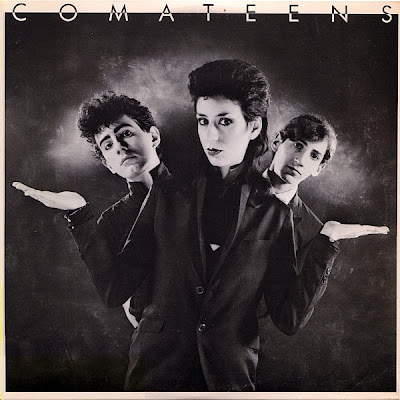