on October 03, 2014
Minuit Machine is a Paris based darkwave duo consisting of Hélène de Thoury and Amandine Stioui. Hélène was previously active with her band Phosphor when she decided to quit the band in 2013 and start her own music ventures. She soon met Amandine and together they started recording music as Minuit Machine. Their music is dark, very atmospheric and cold and it reflects all the struggles we encounter one day or another, self-destruction, fear and love. Their debut EP 'Blue Moon' was released in 2013 and this year sees the release of their debut album 'Live and Destroy' which is out on Desire Records. 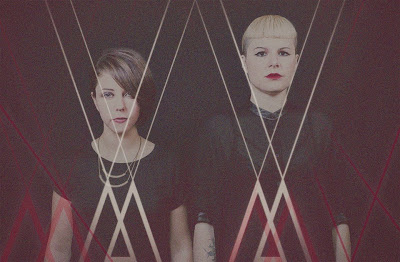