on October 26, 2014
As you all know Michael Gondry is the famous French film director. Those who prefer music over the movies might know him as an excellent music video director whose videos were an instant part of the daily music televisions' airplay in the last two centuries.
Not sure where your Gondry story starts,  my kicks off certainly with Bjork's "Human Behavior". It was probably played during 'Awake on the Wild Side' or some other VJ show during the golden era of MTV Europe in the early 90's. Gondry's big breakthrough starts with Bjork and she must have remained his muse for quite a long time as his aesthetics found the best use in her music videos. The places you never imagined, unrealistic dimensions, the surreal world you only might have occur in your deepest dream are just few aspects of it.
Important to say that Gondry also directed videos for many other artist including The White Stripes, Beck, Sinead O'Connor and many more.
Dimension Gondry is our very special feature where we will feature ten essential music videos directed by Michel Gondry which were instant part of growing up and our musical video evolution. 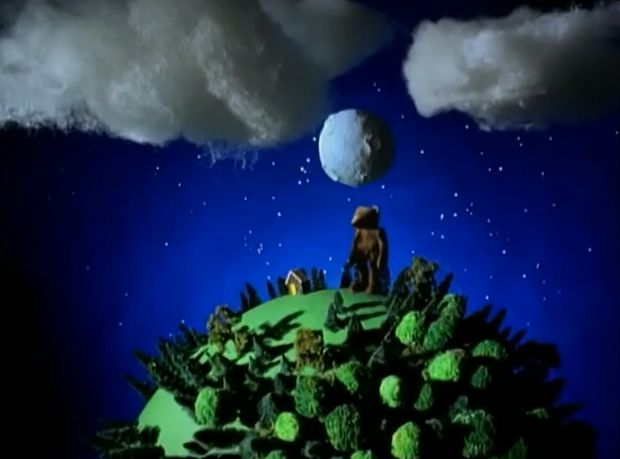 The song was written by Nellee Cooper and Björk and it dates back to 1988 when Bjork was still with the Sugarcubes. A video for "Human Behavior" was the first collaboration between Michel Gondry and Bjork. It tells a story about a relation between humans and animals, taking animals' perspective in a role play of a predator and a prey. Bjork's emotional woodlands meet with Gondry's surreal playground in a master piece. The video received six nominations for the MTV video music awards in 1994 and won one. It was also nominated for the Grammy awards. It also has several elements that are present in Gondry's first feature film 'Human Nature'.