on October 24, 2014
Earlier this month we posted a special feature where we introduced the Canadian Visage Musique in our label spot. Out of the great line up of artist we would like to present you Violence. Based in Montreal and on Visage Musique since 2013, when they released their debut EP, Violence have developed their own unique electronic music formula. Their sound reflects an aesthetic of a discourse where no additional description is needed, words are shapes, music is the ultimate medium of expression. This year they released their enigmatic debut album 'Erlebnis' which is one of our top records in 2014. Ahead of their small tour which starts this October, here a small interview with the band.
Hear the words, experience their music, sense Violence. 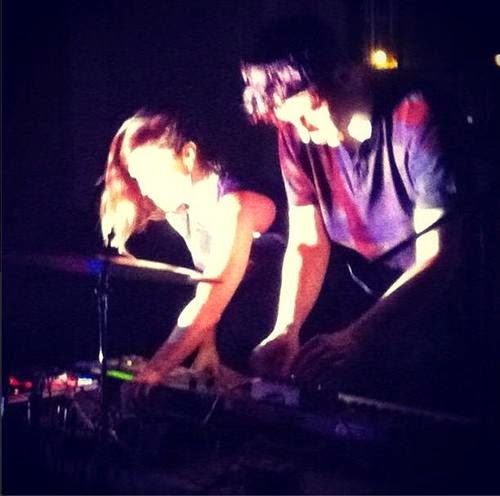 1. There is hardly any info about Violence on the internet. Are you trying to keep your musical profile low-'fi' and does the music as the main result tell the story of Violence or is there something more you would like to tell us about yourself?
V: We do indeed wish that the music retains a strong enough narrative value so that it can speak by itself. A type of discourse that we find interesting is the dialogue between the listeners and the music, which we think should be free of contamination from our own interpretation.

2. The music of Violence reveals some great electronic shapes. What influenced your music the most and looking into future, what would be your vision in music?
V: Nice that you refer to a certain visual aspect of sound, which has been a driving force in this project since its initiation. We often accompany our live performances with visuals made of shapes and pictograms that we draw ourselves image by image on a very primitive device. It would be too long to enumerate our musical influences, but let's just say that we appreciate "la beauté baroque", past and future.

3. You released your debut album ‘Erlebnis’ this year on Visage Musique. It is certainly one of our favorite music albums here on Burning Flame for this year. Were you approached by the label and if yes, did this label have any influence on your musical style?
V: Thank you. Yes Visage Musique previously released our self-titled EP in 2013, which they probably heard through mutual friends. The aesthetics of Violence already suited well that of VM, which is quite broad but at the same time nicely coherent we think.

4. How would you describe your musical style on ‘Erlebnis’ and why did you pick the German name as the album title? Is the term ‘Violence’ in any aspect related to your music?
V: "Erlebnis" has several meanings; our intent was to refer to the inner experience of listening to music, i.e. its psychedelic properties. This inner experience is seldom quiet - the name Violence is no stranger to that.

5. Do you hang out and tour together with other artists from Visage Musique?
V: VM is a collaborative effort by great people driven by the love of music and the urgency to facilitate its diffusion. We often find ourselves playing and attending the same concerts and events in Montréal.

6. Can you share some impressions from your first live performances, how was the energy, atmosphere in general?
V: Around 2010 we left Canada to establish ourselves in Oxford UK, that's where we started composing music as Violence. We've played our first concerts in loft parties when returning temporarily to Montreal. The atmosphere was quite unique, with friends doing performance art, video projections, etc... Almost everyone attending these parties would have prepared some kind of performance, making those dancing nights very unique and inspiring.

7. How good are you in remixing music, any plans of doing some remixes for other artists. Do you also do DJ shows?
V: We sometimes do remixes, which can be refreshing. We DJ in private parties but up to now never had the time to really invest in this art.

8. What music are you listening to when you are not recording your own?
V: We listen to a lot of music composed by our friends, including Automelodi, Low Factor, Ambrose, as well as some who don’t have any desire to make it public.

9. What was the first record you bought with your own money? Is it still with you?
V: Eric: I bought “Sigue sigue sputnik - Flaunt it!” when I was around 10 years old, which was one of my first contacts with electronic music. I still have it but to be honest it very rarely lands on my turntable...

10. What are the future plans for Violence, further releases, tours outside Canada? Europe maybe? V: We'll be doing a short European tour at the end of October, really looking forward to it. We'll be releasing new material in January, but may leak a song or two by then. 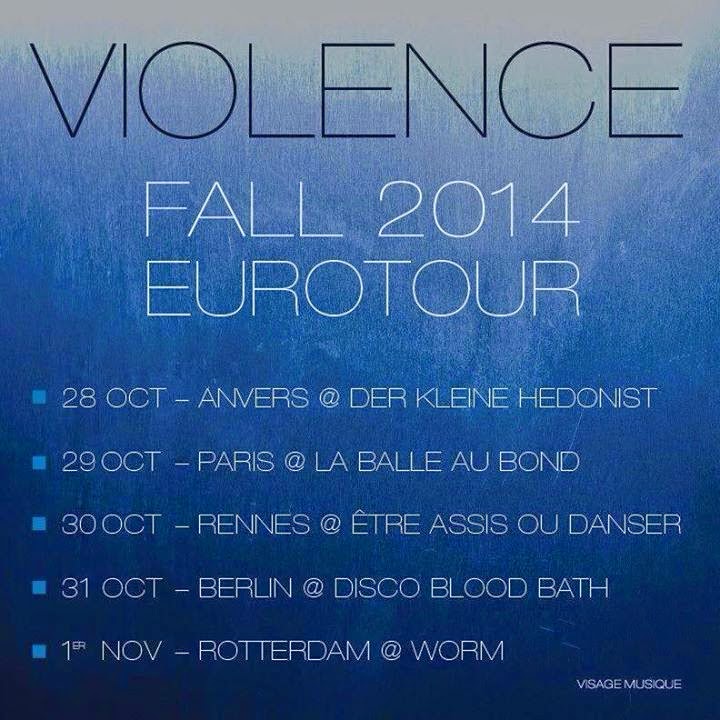 Very special thanks to Eric Trottier for this interview! 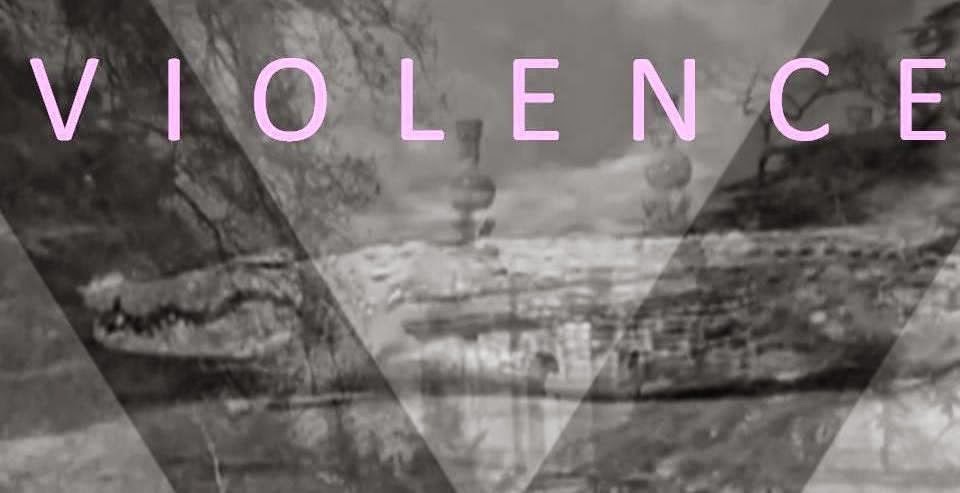