on September 30, 2014
Factory Benelux has released 'Testament', a comprehensive 'best of' collection by influential Glasgow group The Wake. 'Testament' includes tracks recorded for cult labels Factory and Sarah Records. It combines key album tracks with singles including "On Our Honeymoon", "Something Outside", "Talk About the Past", "Of the Matter" and "Crush the Flowers".
Also included are a previously unreleased 7" edit of 'Pale Spectre' and 2012 studio outtake Clouds Disco. The vinyl edition includes an exclusive 54 minute bonus CD featuring 21 early live and demo recordings from 1981/82, preserved in the tape archive of Joy Division/New Order manager Rob Gretton. Among these priceless lost recordings are 7 songs never before heard even on bootlegs.
The matt reverse board artwork is based on the artwork for an unreleased cassette edition of 'Here Comes Everybody', designed by Peter Saville.
Follow the link for the track lists and additional information 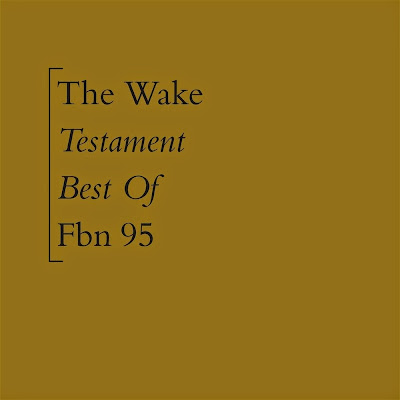