on August 14, 2014
Here another great band we were really into and following all they did in this year. Roladex was formed in Texas by Tyler Jacobsen and Elyssa Dianne. Tyler Jacobsen holds an MFA in Electronic Art and this becomes apparent as they find lyrical and musical inspiration through the films of David Cronenberg and John Carpenter, the works of authors such as J.G Ballard as well as video artists such as Vito Acconci and Nam June Paik. Using an arsenal of analog instruments, Roladex nostalgically borrows ideas from music of the past to carefully craft a unique brand of futuristic-mechanized pop, with an emphasis on songwriting and layered production. Themes such as nuclear war, cosmology, false memories and technology as the “opiate of the masses” become apparent as the listener plays through the LP. Their debut LP is out on Mediacal Records. 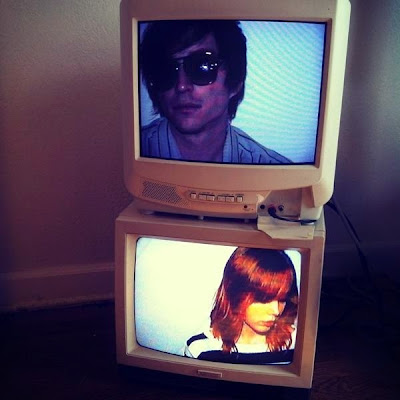