on August 23, 2014
As promised, here comes the part two of our singles and tracks selection for 2014. Take a listen and please leave some votes for your favorite track.Summer sale's over so grab some good music. 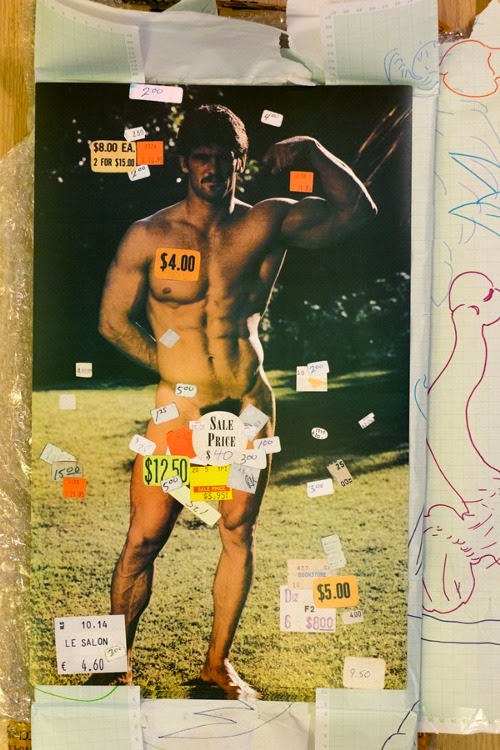 Telepathe- Drawn Around Me
Telepathe are back with a brand new single and video entitled "Drawn Around Me", their first new release since 2012. Good music and amazing electro hooks is what the new song offer. Without paying attention to the lyrics, refrain sounded quite summery, ...'Ice cream for you'..., but then I realized I was wrong. There is still no official confirmation of a new album, but let's wait and see.

Roladex- Cathode Rays
Already introduced and presented as some of the best artists of 2014. We think at least one song should be featured here. "Cathode Rays" is the only official video for one of the albums 'Anthems For The Micro​-​Age' which we think is one of the best in its genre this year. Futuristic minimal wave, coldly mechanical sounding but with a soul. One refereed to it as Nine Circles for the new generation.
Gold Zebra-Drift Away
A year ago, we introduced Gold Zebra on our blog while they were still working on their debut album. Formed in 2010, Visage Musique released their self-titled debut this year. It seems that the dreamy dark electro seed that Chromatics cultivated with their blend of music blossoms beautifully here especially on the song "Drift Away" which I choose as the outstanding favorite.

Tempers- Hell Hotline
Although they released most their song in 2013 this is very fresh and new sounding. Tempers are from NYC and have been working with music since 2011. Their music is a post-punk with electronic blend. This song perfectly reflects music of Tempers. It's atmospheric, dark but illuminating. We do hope their album comes out this year.

Tasseomancy- Reality
Tasseomancy have proved several times as being very unconventional and weird. Nothing they ever did was like "Diana" until "Reality" came up this year. Not sure if there will be more or if this is a new direction. Loving the retro futuristic style which even goes beyond the 80's. The video for 'Reality' was edited by Sari Lightman and Neil Corcoran, and finds its inspiration in a Bauhaus ballet from the early 20th century.

Odonis Odonis- Highnote
This is the first time to feature anything by Toronto based Odonis Odonis. They have released an album and several singles this year. "Highnote" was not officially released as single, but there is a great video clip to it. Noise and shoegaze pop in sound and space art in the lens of vintage TV. The new album 'Hard Boiled, Soft Boiled' is out on Buzz Records.

Liars- Vox Tuned D.E.D.
As most of you know Liars released their seventh studio album 'Mess'. One of the outstanding tracks for me is the industrial and electro track "Vox Tuned D.E.D". Danceable and engaging with great vocal performance and captivating synths. Leading lines of the song ..."If I'm running out of lifetime", ..."As time fades my birthstone"...Be sure to check the whole album for more Liars fun.

Easter- Pillo
It's great to have Easter around with more great music and videos and to dive in to the world of Easterbunny again. Melodic electro hip hop as we are already used to hear from this girl-boy, boy-girl pop duo. After their debut album was released on the day of the apocalipse in 2012, here come more releases and 2014 looks promising for them.

Sandra Electronics- New Purpose
Sandra Electronics was originally formed in 1988 and his project evolved and later also included Juan Mendez (aka Silent Servant).  It took several years and two decades for the songs to see the light of the days and get a proper release. This happened this year as Minimal Wave released their EP as well as the song collection entitled 'Sessions'. This is one of the tracks that perfectly reflects Sandra Electronics' hypnotic industrial sound.


Dum Dum Girls- Cult of Love
Last but not least here come Dum Dum Girls with "Cult of Love" which is my favorite track from the new album 'Too True'. Chill is in the air and the atmosphere is great. Nice retro noise pop with the slight gothic vibe all packed in a two minute tune.