on February 02, 2014
Hello folks, time has come again to celebrate thirty years of the 80's decade, to look back and remember some of the finest albums which were the soundtrack of our lives in 1984. If this year in the literature stands for George Orwell in the music it is a synonym for '"Frankie Says"- Relax' and of course for the biggest event in pop/rock music history, 'Live Aid'. It is also a year when 80's biggest pop superstars were born including Madonna, Prince and George Michael. Beyond all the mainstream, the New Wave decadence gave birth to some new musical styles and forms, synth pop was already pop and the dance floors welcomed the new electronic dance forms to which we still dance today.
As a result of the readers' list submissions and voting, we manage to compile the following list: 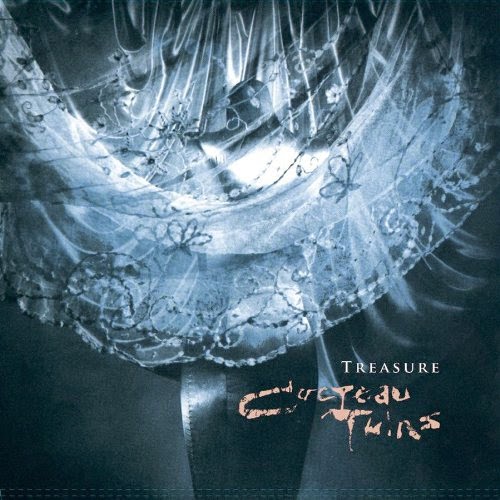 'Treasure' is the third studio album by Scottish rock band Cocteau Twins. It was released on 1 November 1st  in 1984 by record label 4AD. With this album, the band settled on what would, from then on, be their primary lineup: vocalist Elizabeth Fraser, guitarist Robin Guthrie and bass guitarist Simon Raymonde. This new lineup also coincided with the development of the ethereal sound associated with the band's music.  Paste magazine's Josh Jackson listed the album at No. 38 on his list of "The 50 Best Post-Punk Albums", describing it as "the first full realization of the band's ethereal pop sound".The album was included in the 2008 edition of '1001 Albums You Must Hear Before You Die'.

'Ocean Rain' is the fourth studio album by the English post-punk band Echo & the Bunnymen. It was released on 4 May 1984 and reached number four on the UK Albums Charts and number 87 on the United States Billboard 200. Since 1984, the album has been certified gold by the British Phonographic Industry. 'Ocean Rain' includes the singles "The Killing Moon", "Silver" and "Seven Seas". The album was reissued on CD in 2003, along with the other four of the band's first five studio albums, having been remastered and expanded before again being reissued in 2008 with a live bonus disc. The artwork for the album was designed by Martyn Atkins and the photography was by Brian Griffin.


03. Depeche Mode- Some Great Reward [Mute]
'Some Great Reward' is the fourth studio album by English electronic music band Depeche Mode, released in 1984. The album peaked at number five in the United Kingdom and at number fifty-four in the United States. The album was produced by Gareth Miller and Daniel Miller and included the hits "People are People", "Master and Servants" and "Blasphemous Rumours". In 2006, 'Some Great Reward' was re-released with a bonus DVD. The CD was remastered and was released on a CD/SACD hybrid.

04. Prince and The Revolution- Purple Rain [Warner Bros]
'Purple Rain' is the sixth studio album by American recording artist Prince, the second to feature his backing band The Revolution, and is the soundtrack album to the 1984 film of the same name. It was released on June 25, 1984 by Warner Bros. Records. To date, it has sold over 22 million copies worldwide, becoming the sixth best-selling soundtrack album of all time.'Purple Rain' is regularly ranked among the best albums in music history, and is widely regarded as Prince's magnum opus. Time magazine ranked it the 15th greatest album of all time in 1993. The first two singles from Purple Rain, "When Doves Cry" and "Let's Go Crazy", topped the US singles charts, and were hits around the world, while the title track went to number two on the Billboard Hot 100. In April 2016, the album re-charted at #2 on the Billboard 200 after Prince's death, selling over 69,000 copies in the following week.

'It'll End in Tears' was the first album released by 4AD collective This Mortal Coil, an umbrella title for a loose grouping of guest musicians and vocalists brought together by label boss Ivo Watts-Russell. The album was released on 1 October 1984, and reached #38 on the UK Albums Chart. It features many of the artists on the 4AD roster at the time, including Cocteau Twins, Colourbox, and Dead Can Dance; as well as key post-punk figure Howard Devoto, who sang "Holocaust", one of two covers of songs from the Third/Sister Lovers album by Big Star. The album also included the singles "Kangaroo" and "Song to the Siren" both released in the same year.

'The Smiths' was the debut studio album by the English rock band The Smiths, recorded in 1983 and released on 20 February 1984 by record label Rough Trade. After the original production by Troy Tate was felt to be inadequate, John Porter re-recorded the album.  The album was well received by the critics as well as the public; it reached number two on the UK Albums Chart and stayed on the chart for 33 weeks. It established The Smiths as a prominent band in the 1980s music scene in the United Kingdom. It included the singles 'This Charming Man' and 'What Difference Does it Make?'
The album was ranked number 51 on Rolling Stone's list of the 100 Best Debut Albums of All Time. It placed at number 73 in The Guardian's list "100 Best Albums Ever" in 1997.

07. The Fall- The Wonderful and Frightening World of The Fall [Beggars Banquet]
'The Wonderful and Frightening World Of...' was the 7th album by The Fall, released in October 1984. It was the band's first album with the successful Beggars Banquet label who put them with name producer John Leckie. Brix Smith co-wrote around half the tracks. Paul Hanley left the band immediately after the accompanying UK tour, ending the group's distinctive "twin drummers" period.
The album was produced by John Leckie while the artwork was painted by Danish-born artist Claus Castenskiold.The album reached 62 in the UK charts on September 1984.

'Hyæna' was the sixth studio album by English rock band Siouxsie and the Banshees, released in 1984. The opening track, "Dazzle", featured strings played by a 27 piece-orchestra called the "Chandos Players";it was scored from a tune that Siouxsie Sioux composed on piano. 'Hyæna' is the only studio album that guitarist Robert Smith of The Cure composed and recorded with Siouxsie and the Banshees. In the United States, 'Hyæna' was the first Banshees album to be released on a major label – Geffen Records. Prior to the release of the album, "Dear Prudence" became the band's biggest hit in the UK, reaching No. 3 in September of the previous year.The song was intended to be a stand-alone single in Europe, and as it was not issued as a single in North America, it was added to the track listing of the American version of 'Hyæna'. The album was reissued, remastered and expanded in 2009.
09. Frankie Goes To Hollywood- Welcome To The Pleasure Dome [ZTT]

'Welcome to the Pleasuredome' was the debut studio album by Frankie Goes to Hollywood, first released by ZTT and Island Records on 29 October 1984. The album was also a top ten seller internationally. While commercially successful, the album also drew criticism for containing new versions of all of the songs from the group's  hit singles from the same year ("Relax" and "Two Tribes", plus B-side "War"), as well as a surfeit of cover versions in lieu of much new original material.  However, the album's evergreen ballad "The Power of Love" subsequently provided the group with their third consecutive UK number one single. To celebrate the album's 30th anniversary, in October 2014, ZTT through Union Square Music released a limited edition  boxset entitled "Inside the Pleasuredome,".
10. Violent Femmes- Hallowed Ground [Slash]

'Hallowed Ground' is the second album by Violent Femmes, released in June 1984. Like the band's first album, the songs were mostly written by singer/guitarist/lyricist Gordon Gano when he was in high school. "Country Death Song", for example, was based on a true story from an 1862 news article about a man who intentionally threw his daughter into a well and then hanged himself in his barn. It was written by Gano during his 10th grade study hall. The Christian-related lyrics on 'Hallowed Ground' were thought by some to be sarcastic, but Gano is a devout Christian. The other two members of Violent Femmes were atheists, and initially refused to perform those songs, but after their debut had been recorded, they relented and several of Gano's religion-themed songs were recorded for Hallowed Ground.