on January 19, 2014
Frankie Goes To Hollywood have announced the release of a brand new compilation entitled 'Frankie Said'. 'Frankie Said' (Deluxe Edition) is a compilation that combines - for the first time ever - the very best of the audio and video Frankie Goes To Hollywood created for ZTT between 1983 and 1987. From obscurity to infamy and back again in less than five years, perhaps more than any other group, Frankie Goes To Hollywood define 80's music. This compilation includes a series of cutting edge videos alongside BBC TV appearances - previously unavailable footage from Top Of The Pops and The Oxford Road Show '84 - and rare material from the Zang Tuum Tum archives. The release date is announced for mid February. 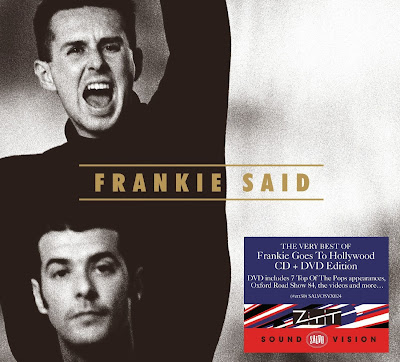