on November 04, 2013
Demon Music Group has announced the release of 'The Complete Vinyl Collection' box set by The Jesus and Mary Chain. The box set will include the band's six studio albums, along with a live album. Other items featured on the box set will include two-LP collection of  all the band’s BBC studio recordings, B-sides and rarities LP with a fan-picked tracklist, a 32-page hardcover book with photographs, essays and interviews, and a poster, on which fans will be able to upload a photo of their face for possible inclusion. It will be released on December 12th marking the band's 30th anniversary. 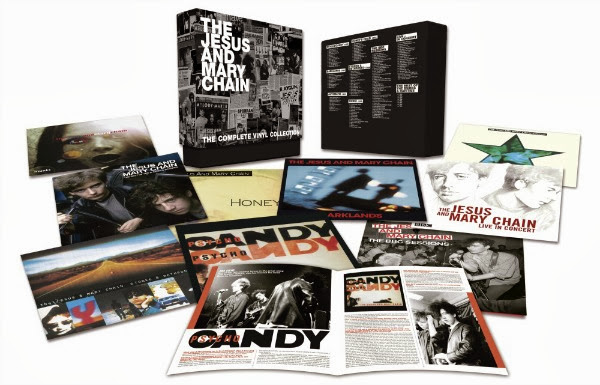 Compilation The Jesus and Mary Chain