on October 29, 2013
A while back when I was cruising through the Night People Records catalogue, I discovered Terror Bird. Two or three songs and I was on the Terror Bird boat. The DIY aesthetic, Nikki's voice and  the indie synth pop beat made Terror Bird's music becoming an instant part of my daily airplay. Originally from Canada, based in Europe, Terror Bird is Nikki Nevver's musical projects which also involves other artists. Since 2009, Terror Bird has released several albums and been on tour through out Canada and Europe. She has released a brand new album this year entitled 'All This Time'. More about this, the early starts and future plans in this special interview. 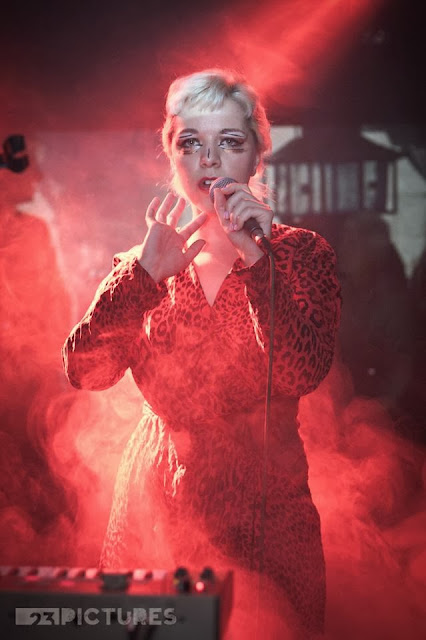 1. Tell us more about Terror Bird’s early starts and what inspired you to take this name?

I started writing solo music in 2004. Before that, I sang in a really high-pitched voice in an all-female Stooges-esque band called Automatic Fancy. Around this time, I learned about Siouxie and the Banshees, and wanted to sound like Siouxsie Sioux for a little while. I really only ever liked the album, “The Scream” but I thought they had few other good songs. I think this band might have influenced me to sing lower. But I know I wanted to sound like a British man from an 80’s pop group too. Anyway, by the time I was in my twenties, I think I was bored of Siouxsie and the Banshees, at least musically. I still love the way Siouxsie Sioux looks. Anyway, I’m getting a little off-track.

In 2004, I borrowed the electric piano and acoustic guitar of my roommate, and wrote songs about Bill Murray, surgery, ex-boyfriends and things like that. When I moved back to Vancouver, I bought an organ from a thrift store and started to record onto tapes at my mom’s condo. Eventually, I came up with the name, Terror Bird. I’d gotten the idea for this name from a kids’ movie about extinct animals that I’d watched when I was actually 18, the song “Danger Bird” by Neil Young (who I love), and the terrorizing anxiety I often dealt with.

My boyfriend and future husband told me the project reminded him of Daniel Johnston, who I had never heard of before, but started listening to after he told me this. I was happy that someone else had been successful in making crappy recordings famous just by writing great songs and handing cassettes out. I think I handed cassettes out with a bunch of songs to all my new friends, copying Daniel Johnston. But it’s a good idea. It’s cute.

2. Who is/are the artist(s) behind the name Terror Bird? Is it a permanent collective of musicians or a loose line up of artists?

The only constant member of Terror Bird is me. But my ex-husband, Jeremiah was in the band from around 2006 until the spring of 2012 when he quit. He normally played drums but in 2012 I asked him to switch to synthesizer so I could have electronic drums, and I think this made him enjoy the band a lot less. I think playing synth live is not nearly as cathartic as playing drums.

Other members have come and gone, mostly based on whether they could afford to (meaning afford the time and/or the money) come on tour or not. There’s been Daniel (from Nu Sensae), Daniel and Tommi (from unhappybirthday), Leanne and Jen (from Certain Breeds and Demian), Bianca (who used to play in a band with Nic from Cosmetics and the Riff Randells), Mel, and Jesse (from Twin Crystals). I would like to find more constant members, and I think I’ve finally found that in Leanne. She’s self-employed and will join me on her third Terror Bird tour next year. We get along really well.

3. How would you describe your music? What are the main topics, elements and what style?

I like to describe Terror Bird as “Nu New Wave”, because a lot of the songs sound like a new take on 80’s new wave. Or bedroom pop, since I write most of the songs in my bedroom. But both are tongue in cheek. There’s also some songs that sound 60s influenced, jazzy, or like weird indie music. So I don’t think Terror Bird has one particular style. Maybe it would make the project more marketable, but I don’t want to limit myself by writing in one style. Music is one of the few things that makes me very excited about life, so I shouldn’t wreck this. The main elements? There is nearly always piano, quite a bit of reverb, and romantic, bittersweet lyrics. I write a lot about love, people, the weather, and small parts of life that I find create a romantic or nostalgic feeling. I like to focus a lot on mood, lyrics, and melody. Of course the instruments are important too, but it’s more important to create feelings and to follow my intuitions about what sounds good than to write something musically complex. It’s influenced by everything I listen to, which is pretty diverse..but mostly from the past.

4. Are there any particular artists who influenced your decision to start making music?

I had a boyfriend when I was 16 who got me into Roxy Music, Gary Numan, Ultravox, T-Rex, Depeche Mode, and a bunch of other 80s music. He wore eyeliner and dressed very eighties glam. He showed me the movie, Velvet Goldmine. Back then, I started to listen to the hits of the eighties and thought most of the music was cheesy but fun and danceable. But actually a lot of that music isn’t cheesy and is dark, romantic, and (at times) deep. I’ve figured this out.

Now I’m trying to think back to the artists I wanted to emulate as a teenager, because my I was in my first bands when I was 18. I think I really liked Hole, Veruca Salt, Nirvana, Garbage and Babes in Toyland and was just starting to learn about punk music beyond The Ramones. Those bands didn’t really influence Terror Bird, but they influenced me wanting to be in a band. I think I also wanted to show up my makeup wearing boyfriend once he broke up with me and might have had the intention of being in a band as yet another way to get attention. I couldn’t use my looks, since he introduced me to pot and therefore “the munchies” making me gain a bunch of weight. I also had an awkward haircut for my face shape and wore men’s dress pants. Anyway, it was also a lot of fun to play electric guitar.

Terror Bird started when I listened a lot to Philip Glass, Tim Buckley, Neil Young, Tyrannosaurus Rex, Hayden, Leonard Cohen, and early Bowie. There was also this inspiring group of people in Montreal who wrote songs on acoustic guitar together, like this guy that called his project “Bedbox”. I still think it’s great because I love his voice. Duchess Says from Montreal was inspiring too...and Channels 3 and 4 from Vancouver. And I loved early Madonna when I was younger. Later I learned about Kate Bush from my bandmate and after I got used to her, she inspired me a lot. I still try to copy Kate Bush’s dance moves. I’ve written a few songs that in my eyes blatantly ripping off (or “paying tribute to”) Death in June (Say It), The Rolling Stones (Beat Off Queen), Kate Bush (All This Time), and OMD (Vacation).

5. From 2009 to date you have released several albums and EP/ singles. What do you consider your best work to be?

I always feel more attached to whatever is newest, because I’m most excited by novelty. I really like “All This Time” because to me it sounds electronic, and nostalgic but modern. But on “Secret Rituals” there are a lot of live instruments like organ, piano and drums... and I really love and miss that now that I haven’t recorded in studio for over a year. Both are quite poppy, but I think “All This Time” is more experimental regarding song structures and vocals. I wrote a new song called “The Cloak” and I think it’s one of the best things I’ve done so far. Actually, never mind all that...I think the best thing I did was with Cyan Kid. We wrote 16 songs together in Berlin last year and he did a great job in producing them and writing. I really like male-female vocal duets. The album we made is called “Cut-Outs” and you can find it on Spotify, bandcamp, iTunes, etc.

Right now, my live set up is just myself with backing tracks, singing and playing synth. My band lives in Canada and I haven’t had the motivation to find more people to play with me in Europe. Although, when I have a band, there’s cello and one to two synthesizers and backing tracks and I just sing and dance. I try to do everything well and put on a good performance. I like to try to do dances and movements that look visually interesting and exert a lot of energy. I really like dancing and exercising and I sometimes feel very dead standing still. And I used to be self conscious about moving on stage, but now I love it. I love performing and the studio/recording, but both can be a rush. At least with recordings, you can cover your mistakes...ha ha.

7. How would you describe your last three months in music? Recording sessions, tours, promotions…

My last three months have been a bit mellow. There was a four week tour and lots of interviews for “All This Time” ...but that was back in May. Since May, I have been taking it easy. I just play a few shows here and there (Cologne, Frankfurt, Karlruhe, Leipzig, the UK, Czech Republic). I’ve still been writing lots of songs though. I have the tour bug again though, and would like to visit the USA next year and also visit some European countries I’ve never been to.

8. What music are you listening to when you are not recording or producing your own?

9. What are your future plans for Terror Bird? More releases? Is there a possibility of any live performances?

I want to do some more shows in Europe in December. I am writing a song with Carson Cox from Merchandise and have the intention of doing split record with Sally Dige. Night School Records and I are also talking about doing a piano based record, which I really like the idea of. I think I’d also like to self-release a set of tapes of old songs that were never released. And I want to write an album of club bangers, but I might save that for the new project with my friend, Szam. I’m playing “Queer Noises” in Prague in December, and might also go to Dresden, Berlin, and Vienna that month.

10. Where can fans gain access to your music and find regular updates?

They can go to these fine places: 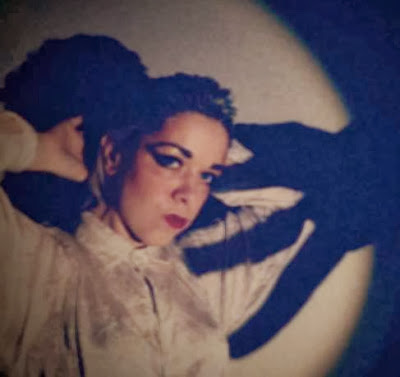 Thanks for the interview!