Boy George Returns with a Brand New Album in October

on September 06, 2013
One of the most iconic 80's artists, Boy George will release a brand new album this autumn. His first album in 18 years will be entitled "This Is What I Do" is to be released on his own 'Very Me' Record Label via Kobalt Label Services on 28th October and will be supported by live dates in the UK. The album was written by George and longtime writing partners John Themis, Kevan Frost and Richie Stevens and it also features writing collaborations with legendary producer Youth, and a version of Yoko Ono's Death Of Samantha. It was mixed by Dave Bascombe (Tears For Fears, Depeche Mode, Pendulum, Doves).
http://www.digitalspy.co.uk/music/news/a510922/boy-george-announces-first-new-album-in-18-years-this-is-what-i-do.html 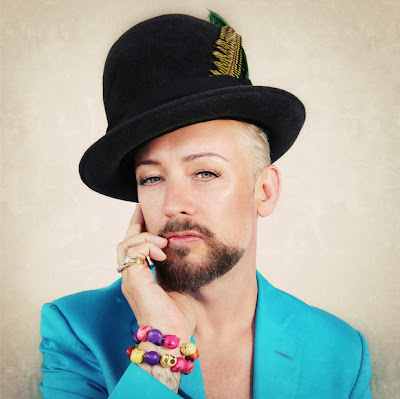