Bananarama Box Set to be Released in September

on August 15, 2013
Edsel Records will reissue eighties girl group Bananarama‘s first six albums on 30 September 2013. There are still no official announcements from Edsel, but according to Amazon UK, the box set will be released on September 30, 2013. The series of deluxe editions starts with their debut – 1983′s 'Deep Sea Skiving' – and works through to the post Siobhan Fahey era, with 1991′s 'Pop Life' (featuring Jacquie O’Sullivan) and 'Please Yourself' from 1993 when Bananarama became a duo (Sara Dallin and Keren Woodward).
http://www.superdeluxeedition.com 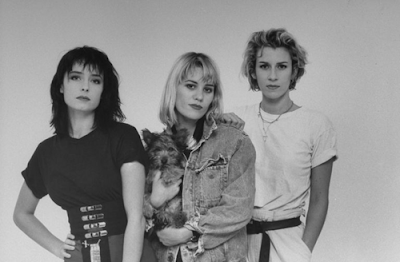