on August 02, 2013
Factory Benelux has released a new CD edition of 'I'd Like To See You Again', the third studio album by Manchester postpunk funk group A Certain Ratio, originally released by Factory Records in October 1982. 'I'd Like To See You Again' was the last Ratio album to feature the original quintet of Donald Johnson, Jeremy Kerr, Martin Moscrop, Simon Topping and Peter Terrell, and saw the band move from the ethereal textures of Sextet towards a more stripped-down sound, influenced by the Latin and electrofunk scene in New York.
This remastered CD features 5 bonus tracks, including the 7" and 12" versions of dancefloor classic "Knife Slits Water", flipside "Tumba Rhumba", an exclusive remix of "Guess Who", and underrated single "I Need Someone Tonite", issued in 1983 and the first Ratio record to feature keys player Andy Connell.
http://factorybenelux.com/id_like_to_see_you_again_fbn17cd.html 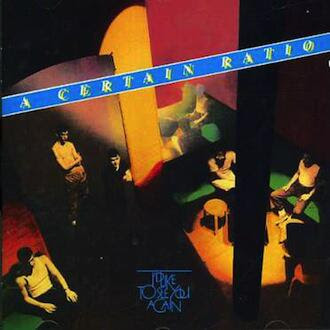