on July 15, 2013
Minimal Wave Records have released a 'Earlier / Later', a selection of songs by the prolific Belgian synthpop band Polyphonic Size. The Earlier / Later LP are remastered selections, curated mainly from Polyphonic Size’s early output as a band, from when they formed in 1978 to when they began working with JJ Burnel in 1980. The tracks on side A represent their early period were recorded between 1978-1980 and the side B tracks, recorded between 1980-1982, are representative of how their sound evolved whilst working with a producer. The LP will be pressed on transparent red 180 gram vinyl, housed in a heavy printed sleeve with text overlay printed on a clear vinyl outer sleeve, and limited to 999 hand-numbered copies. Release date: July 9th. Sound samples on label's page.
http://minimalwave.com/articles/article/polyphonic-size-earlier-later-lp 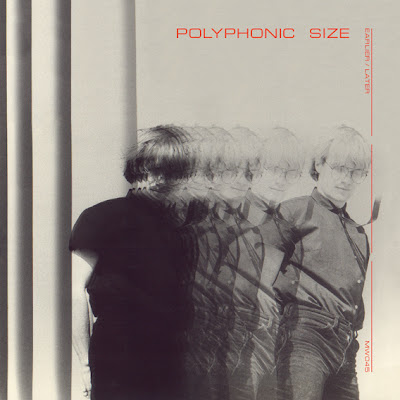