Out This Week: Lust For Youth- Perfect View

on June 10, 2013
Lust for Youth are back with new album which is out this week. This is the third full length album by the Swedish producer Hannes Norrvide which is announced to be warmer and more inviting than any of his previous work. The new album is entitled 'Perfect View' and is composed of largely instrumental pieces, focusing more on beats, samples and general ambiance.
The band will embark on their first European and us tours this spring and summer, joining Chelsea Wolfe in Europe this April/May and touring the Us in late May beginning with the Chaos in Tejas festival and ending with Brooklyn’s Northside festival.
http://www.sacredbonesrecords.com/releases/sbr093/ 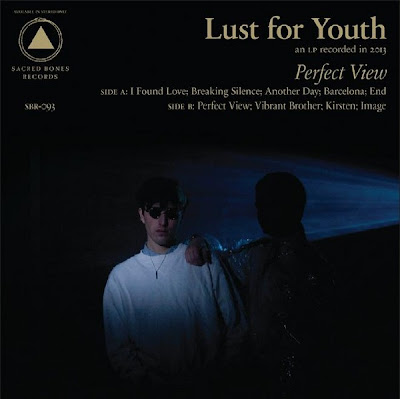 Lust for Youth Minimal Out This Week Post Punk Sweden