Next Wave: Engines of Malice

on June 09, 2013
Engines of Malice is a French duo consisting of Roxy (Contre Jour) on vocals and Chris (The Glow Inc) on keys, programming and guitars. Their musical style can be described as Industrial/ethnic and they deliver a high-energy melting-pot of electro, ethnic, industrial, orchestral and rock influences, the sound of a fierce heart going into battle. This year sees the release of their self titled debut EP which will be out on July 9th. "Surrender", one of the songs from the upcoming EP and one of our favorites was already released as a single in February. A must for Austra, Zola Jesus and iamamiwhoami fans.
https://soundcloud.com/enginesofmalic
https://www.facebook.com/pages/Engines-of-Malice 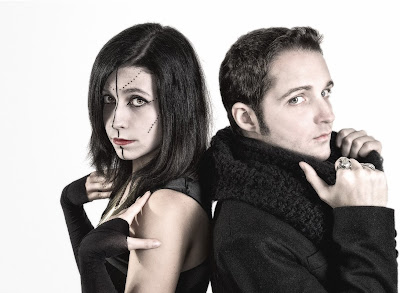