on June 17, 2013
Mute are delighted to announce a series of Cabaret Voltaire releases, starting with the vinyl issue of Cabaret Voltaire’s iconic 1981 album 'Red Mecca' – out on 22 July 2013. Remastered and available here on vinyl for the first time since Mute’s reissue in 1990, Red Mecca features the line up of Richard H Kirk, Stephen Mallinder and Chris Watson, and is Cabaret Voltaire’s third album, and the final full album with co-founder Chris Watson.
The series of Cabaret Voltaire releases will continue with a box set release on vinyl and CD in the autumn. #8385 (Collected Works 1983 –1985) will collate four of the Cabs’ classic mid-period releases, remastered – The Crackdown (1983), Micro-Phonies (1984), Drinking Gasoline (1985) and The Covenant, The Sword and the Arm of the Lord (1985) – alongside bonus CDs and DVDs.
Mote info about the first reissue:
http://mute.com/cabaret-voltaire 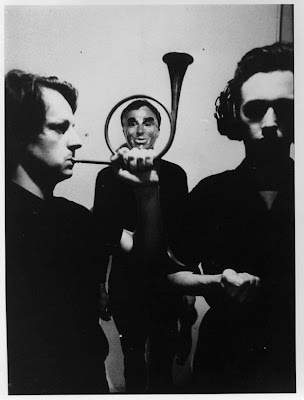