Next Wave: Be Quiet

on May 14, 2013
Be Quiet is a five piece group from Bordeaux in France. The group consist of Benjamin Grenier (Vocals/Guitar), Lou Whitechapel (Guitar) Pierre Graber (Bass), Quentin Whitechapel (Drums) and Matei Convard (Keyboards). The group was formed in 2009 and their music is 80's orientated with influences of My Bloody Valentine, Sonic Youth and Joy Division and Interpol. Their music is both noisy and melodic coupling screeching guitars and rhythmic minimalist riffs. Their debut EP 'Primal' was released in April and you can preview the tracks via band's bandcamp page. With the average age of 18 years, seems that future looks promising for the Bordeaux youngsters.
https://www.facebook.com/wearebequiet 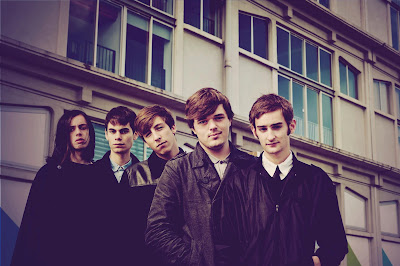