on May 11, 2013
John Foxx returns with a brand compilation in June. Entitled 'Metadelic', this is a brand new 2 CD + DVD compilation and a companion volume to 2010’s 'Metatronic'. CD1 is a mix of psychedelic and lush dream-pop tracks, starting with his highly evocative “The Garden” album in 1981 and brought right up-to-date with some heavily 60s influenced electronic tracks by John Foxx And The Maths. The second disc features a selection of BBC radio sessions from 1983 and 1985, along seven 12” single mixes. Both the radio sessions and the 12” mixes appear on CD for the first time.The five promo videos appear on DVD for the first time, and the performance of “Europe After The Rain” from Top Of The Pops is released for the first time ever. The compilation will be out on June 3rd 2013.
http://www.spincds.com/cds/metadelic-2cd-dvd 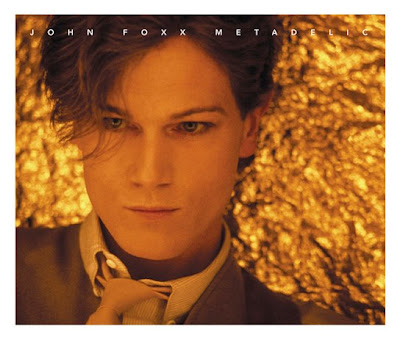