on April 29, 2013
The Teardrop Explodes have announced the reissue of their second album 'Wilder' last week.'Wilder' was the second and final album by the band, originally released in November 1981. "Ambitious, colourful and catchy and with more ideas at play than most groups could conjure up in a lifetime, like so many great albums, it simply confused people in its audacity". soundsxp.com
This new edition features the original album in all its glory, plus a second disc compiled and sequenced by Julian Cope containing all the related singles, b-sides and BBC radio sessions. Disc two is effectively an alternative version of the album, the BBC sessions presenting many key songs in a noticeably different form, closer to how the group used to play them live. 'Wilder' 2CD REissue is announced for June 24th. 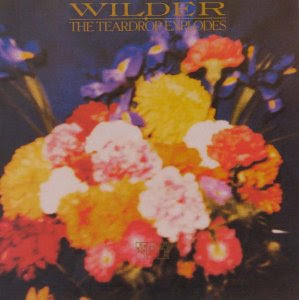