on March 22, 2013
Ultravox are proud to announce a series of joint shows with great friends Simple Minds in November 2013. The four UK arena shows will see the band sharing the bill for the first time in the UK after parallel careers spanning 30+ years. Tickets on sale from Weds March 20th. Also imminent is an HD, live concert from Ultravox's European tour in October 2012. This multi camera shoot will be available on Blu ray as well as DVD. A release date is yet to be finalised but it is planned to be released mid to late summer to coincide with the November shows. 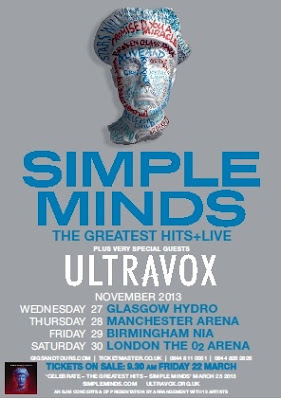