In Conversation: The Present Moment

on February 14, 2013
When you think of L.A., what are some things that come to mind? Sunshine? Beverly Hills? The beach? Hollywood? The Walk of Fame? Let's forget them all, for now, as i would like to focus your attention in a different direction. The Present Moment are a bit of a hidden gem but very much loved by those in the know. That said, i've chosen to shine some very well deserved light their way. Comprised of main man and songwriter, Milton Scott, who crafts an infectious blend of melodic, dark, atmospheric, electronic goodness. And may i add shimmering abstract undertones in some places. Well, that's what i get out of it. I urge you to give them a listen and i'm sure you would highly agree.

Scott is a very busy man as he's in the process of finishing up a soon to be released LP. This will actually be his third and the follow up to 2010's "The High Road" and 2011's masterpiece, "Loyal To A Fault". Back in September, he reissued the debut album with the addition of four bonus tracks, two music videos, and some utterly flawless repackaging. Limited to 150 hand numbered pressings, you'll be very lucky and oh so happy to find a copy. Doing the reissue honors was German label, Hidden Treasure Music, who also played the role of booking agent, along with Antistars Booking, for last years very successful European tour. You can check out several tracks and purchase a digital download copy at Hidden Treasure Music @ Bandcamp if you're so inclined.

Being that he had a few days off, Scott agreed to answer some questions i threw his way. I was genuinely interested in finding out more than what i've shared with you. Let's see what he has to say, shall we? 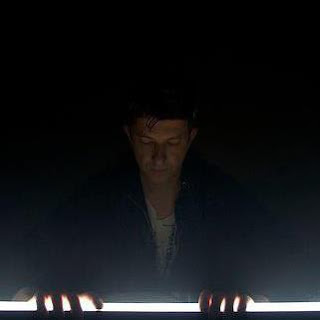 1) Let's start off with talking about the band origins and your initial vision, in aspects of direction and accomplishments: 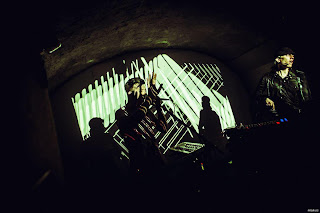 6) We'd love to know what you have in store with the new album. What are you willing to share with us?
Well, my intent for The Present Moment, as a project, and from the very beginning, was to always attempt to make each album very unique and different sounding from the last one. So that being said, it is something I feel will surprise people by where we are going musically with this record. Sonically it has a much different feel then "Loyal To A Fault". It's more organic, more ethereal aspects, and more punk, in approach on some tracks. We've gotten very experimental on the b-side of this record which is where I'm getting very excited about the outcome. We're very close to being done. It was initially going to be a EP, but I was swayed and convinced by my producer, Ross Totino ( Beautiful Skin / Fans of Collision), that we actually had a albums worth of material, and that we should consider moving forward with making that a reality. I agreed, so I'm very much looking forward to turning the page and offering this new album for everyone. I hope that they love it as much as we do.
7) What are your plans post album release? Any special promotional activities? I'm thinking and hoping maybe a show or two on the east coast?
Our first TPM show was in Brooklyn. I've had a lot of interest in getting the band to play there again. It's really about how to get us there. It always comes down to the financial reality of making that happen. If and when that happens, I would be looking to do at least 2 shows in NYC, Providence, Boston and perhaps Portland. It's something that will happen but someone has to be willing to get us there.
8) What drives you as a person and through everyday life?
Smokes.....haha....I dont know, man these are tough times. I just take it day by day. I would just have to say music. Music is everything to me, it's my life force, and i'd wither and die without it.
9) Can you give me one word that would best describe Milton Scott?
Hopeful!