The Return of the New Wave Pirate

on January 24, 2013
We already reported about Adam Ant's big return in 2012 and this weeks sees the release of his sixth studio album 'Adam Ant Is the Blueblack Hussar in Marrying the Gunner's Daughter'. The video for his first single "Cool Zombie" was filmed on 28 October, with NME running a competition offering readers a chance to be an extra in the shoot. The concept of the video, is the story of Adam's return to London after living in Tennessee. It was produced and directed by Adam Ant and Adam Ross. 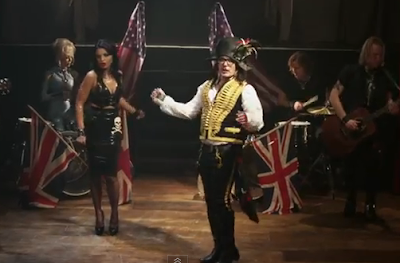