on January 09, 2013
The Britsh duo Electronic comprising Bernard Sumner and Johnny Marr released their sixth single "Forbidden City" in June 1996. The song was taken from their second album 'Raise The Pressure', their first release on Parlophone which was co-produced by Karl Bartos of Kraftwerk. The song was not a huge hit reaching only #14 on the UK Singles Chart, but did receive substantial radio play in Britain and remains one of Johnny Marr's favourite Electronic songs. This year in February Johnny Marr announced the release of his debut album 'The Messenger' and there are rumours of possible Electronic reissues during this year. 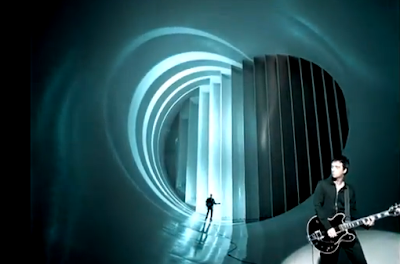