on January 16, 2013
White Blush is the pseudonym of LA based artist Carol Rhyu. Originally from Chicago, Carol began playing in synth bands when she was in film school in LA, culminating in her launching her White Blush project earlier this year. She’s just released her debut, self-titled, EP and it makes for engrossing listening. Influenced by Cocteau Twins, Julee Cruise and Velvet Underground and transformed in her own artistic vision, the music of White Blush seduces you with a dreamlike euphony. Carol is in now in post-production on a new music video with plans to play shows in early 2013.
www.whiteblushh.com/caplunk/Home
https://www.facebook.com/whiteblush 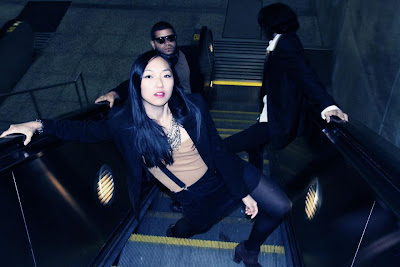