on January 04, 2013
Other Voices Records is a Russia based independent record label dedicated to releasing works by ambitious and creative artists from the past, present and future. The label concentrates on genres that originated in the 80's like new wave, minimal synth, electropop, post punk, cold wave, darkwave and shoegazer, but it isn't deaf to other music styles like indie rock, krautrock, goth rock, post rock, indie pop,electronica, trip-hop, ambient etc.
The label was founded in 2007, out of the ashes of Russian pioneering post-industrial/ambient label Tantric Harmonies and till 2009, it existed as Intuition Records after which it changed the name to the Cure inspired Other Voices Records. From 2007 to date the label has issued and reissued albums and released compilations by artist such as Eleven Pond, Tobias Bernstrup, Parade Ground, Lust for Youth and many more.
Their most recent release is a compilation called 'Distant Noises' which collects fourteen artists from nine countries and two centuries. Upcoming and something we really look forward to is Soft Riot's debut LP 'Fiction Prediction' which is available on pre-order. More news on that soon.
More about the releases and updates:
http://www.othervoicesrecords.com/index.html 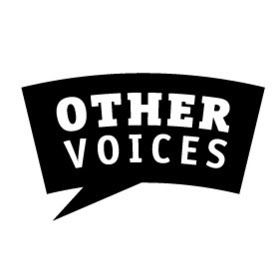